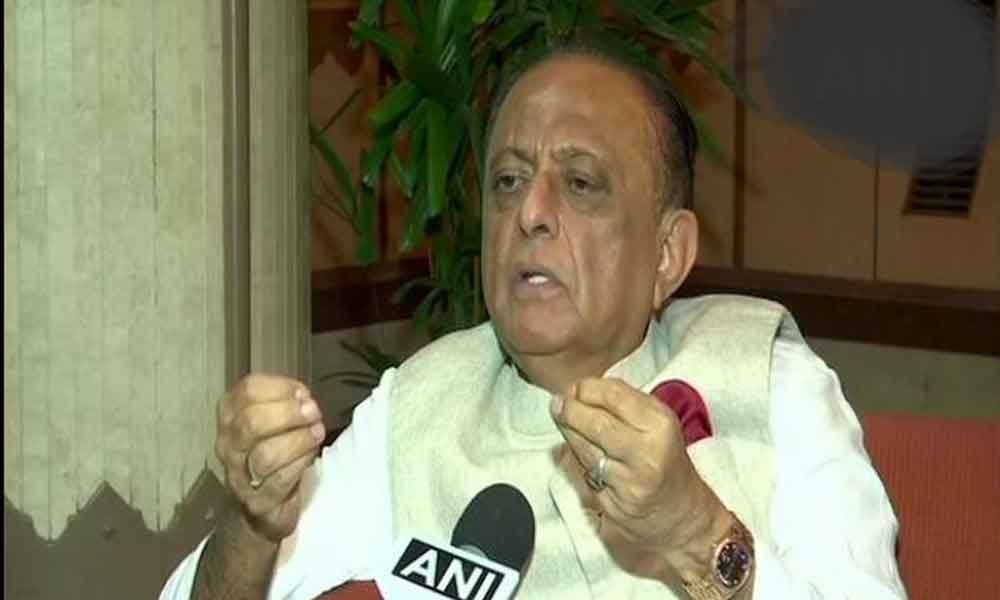 (Jinnah) made a big contribution to the freedom struggle, just because he was Muslim you are offended and calling Sinha anti-national: Memon

On being asked to respond on Sinha's statement "from Mahatma Gandhi to Muhammad Ali Jinnah, all part of Congress parivar", Memon told ANI, "Amit Shah should note that till yesterday he (Shatrughan Sinha) was with them, if he said something anti-national then it is their teaching."

He added, "He (Jinnah) made a big contribution to the freedom struggle, just because he was a Muslim you are offended and are calling Shatrughan Sinha anti-national."

The actor-turned-politician courted controversy for saying that "from Mahatma Gandhi to Muhammad Ali Jinnah, all are part of Congress Parivar."

Sinha during a public rally in Madhya Pradesh's Chhindwara had lauded Muhammad Ali Jinnah along with Mahatma Gandhi, Sardar Patel, and Jawaharlal Nehru, saying they all had a role to play in India's independence.

However, Sinha, who recently left BJP and joined Congress issued clarification over his statement saying that the remark was a "slip of tongue" from his side.Speaking to ANI, Sinha yesterday said that he wanted to take Maulana Azad's name but instead, uttered the name of Pakistan founder Muhammad Ali Jinnah.

"Whatever I said yesterday was slip of tongue. I wanted to say Maulana Azad but uttered Muhammad Ali Jinnah," he had claimed.