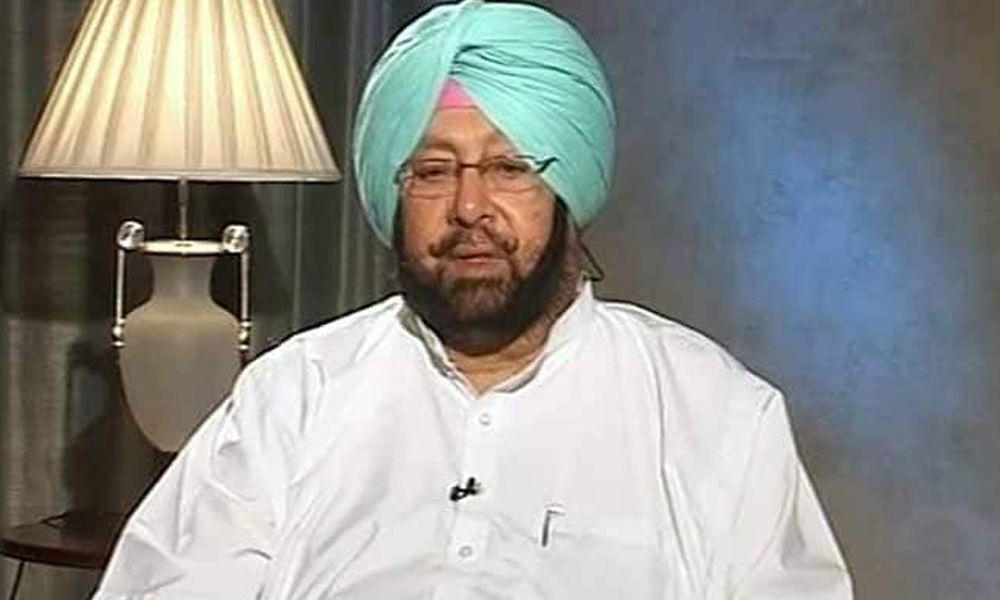 Chandigarh: Punjab Chief Minister Amarinder Singh has welcomed the Home Ministry's decision to fast-track the development of the Kartarpur Corridor, but reiterated his demand that pilgrims be allowed to visit the historic gurdwara without the requirement of passport and visa.

In a tweet on Saturday, he extended support for the project. "Welcome decision of @HMOIndia to build #KartarpurCorridor on fast-track basis to enable Sikh pilgrims to visit the historic Gurdwara in #Pakistan in time for 550th birth anniversary celebrations of Sri Guru Nanak Dev Ji," the Chief Minister said.

In a statement issued on Sunday, Singh said it was not enough to build the corridor on fast track basis, but the pilgrims also should be able to have 'khule darshan' by waiving the requirement of passports and visas to travel across the border.

Their requirement would prevent thousands of devotees, particularly those from the rural belt of Punjab, from paying obeisance at the historic gurdwara associated with the life of the first Sikh Guru, Singh said.

"The central government could easily provide access to the gurdwara to these devotees by waiving the condition of passport and visa and use other documents to verify the identity of pilgrims," he added.

The corridor would provide an extremely limited window of travel, with restricted access, and it would be a high-security route to the gurdwara, making it easier for the government to waive the condition of requiring passport and visa, the Chief Minister said.

"Let us not deprive genuine devotees of access to the historic gurdwara because they do not have passports," he said, urging the government to accept his request.

The Ministry of Home Affairs (MHA) has approved a detailed plan for construction of a state-of-the-art passenger terminal building (PTB) complex at the Kartarpur Sahib corridor.

The approval came following a Cabinet decision in November 2018 to develop the Kartarpur Corridor from Dera Baba Nanak in Punjab's Gurdaspur district to the International Border.

The Land Ports Authority of India (LPAI), which is mandated to build and operate integrated check posts along the land borders of the country, has reportedly been entrusted with this work. It has been directed to complete the work on a fast-track basis, before the 550th birth anniversary of Guru Nanak Dev in November.

The opening of a cross-border corridor had been a long-pending demand of Sikhs. India laid the foundation stone of the corridor on November 26, 2018 and Pakistan did it two days later.