Anything PM says has a question mark: Raj Babbar 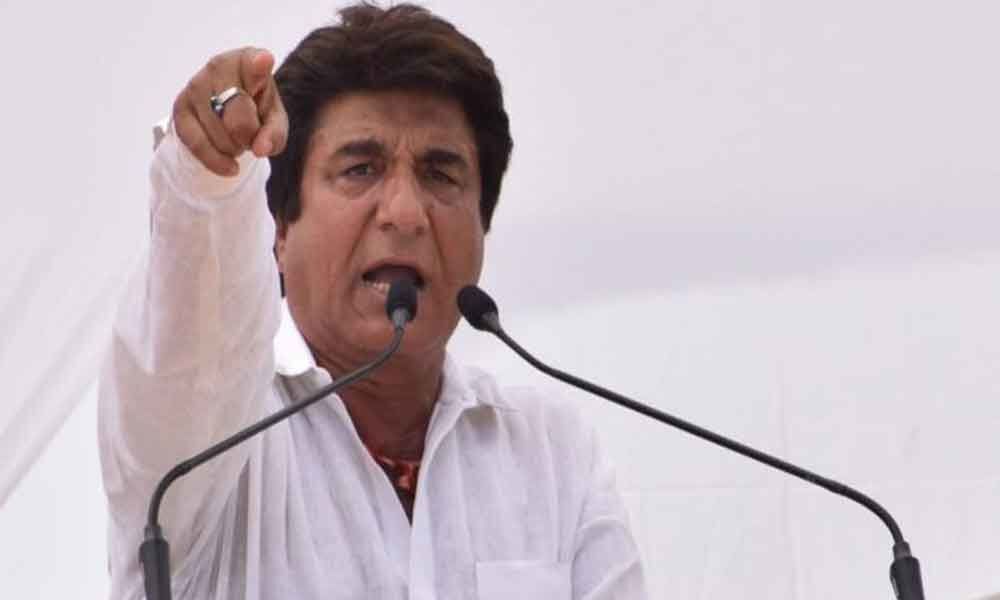 My parents did not raise me in a culture where I retort to abuse with another abuse,' Raj Babbar said

Agra: There is a question mark on anything Narendra Modi says which is not a good reflection on someone occupying the prime minister's post, Congress leader Raj Babbar has said.

The Uttar Pradesh unit chief of the Congress also asserted that his party, which was reduced to just two seats in the state in the 2014 Lok Sabha polls - Rae Bareli and Amethi - has "not vanished" and will revive. "I don't want to comment on the prime minister's lies... when somebody, who holds such a high post, is being questioned for his credibility, questioned on his claims, then that itself becomes the biggest lie.

Today, there is a question mark on anything he says. You can understand what this question mark for someone occupying the PM's post means," Babbar told PTI. "Even the Supreme Court's decision of re-examining the Rafale case has directly put the prime minister in the dock. This is a jolt for Modi ji, no matter what he keeps saying in his defence," he claimed.

Unfazed by remarks hurled against him by rivals during election campaigning, Babbar said people in public life ought to have a control on their language and refrain from using cheap words. "Such remarks don't bother me. My parents did not raise me in a culture where I retort to an abuse with another abuse.

I firmly believe that people in public life should have a control over their words, respect the dignity of language," he said. "When we are in contention for high posts through the electoral process, we should refrain from using cheap language. Those who are younger to us and look up to us should be inspired by our words and learn the importance of language in public life," he added.

Babbar has this time contested from Fatehpur Sikri where stakes are high for the Congress which is pinning hopes on the actor-turned-politician seeking its revival in the western UP.

The seat went to voting on Thursday during the second leg of the seven-phase elections. "Do not see this election here as Congress's revival through me, the Congress is not something which has vanished. The party is in the hearts of the people and people have faith in it. People trust (Congress president) Rahul (Gandhi) ji and are encouraged with Priyanka (Gandhi Vadra) ji's entry into active politics," he said.

Babbar said the Congress has exhibited during the UPA years in power that it has worked for all sections of the society and brought schemes like MNREGA that ensured minimum 100 days' employment in rural areas. "Even a small farmer would testify that that the Congress has worked for all sections of society and people at large. We have waived farmers' loans, provided employment through MNREGA," he said, adding recently also the Congress-led governments in Punjab, Madhya Pradesh and Rajasthan also waived farmers' loans immediately.

In a jibe at the Modi government over the "unfulfilled promises", he said, "Trust and faith are important in politics and public life. And this is the beauty of democracy that people stop trusting those who fool them once to reach power."