Apex court has made it clear that PM Modi "committed a theft": BJP MP Meenakshi Lekhi 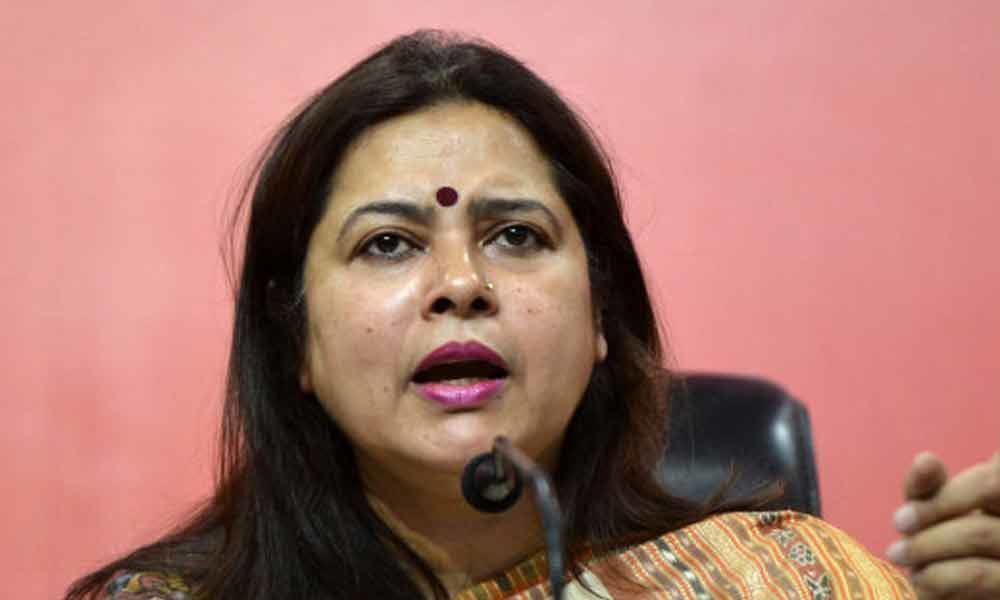 Finance minister Arun Jaitley alleged Congress president Rahul Gandhi of developing Supreme Court order on Rafale deal for political propaganda and said 'right to free speech' is not 'right to falsehood'. The minister was making statements on the Supreme Court order which said that the statements made by Gandhi on its April 10 Rafale case verdict were "incorrectly attributed" to the apex court and directed the Congress President to give his explanation by April 22.

Jaitley said, "In Rahul Gandhi's politics, the Right to Free Speech includes the Right to Falsehood," in a sequence of tweets. He further added dynasts are also subject to the Supreme Court and while truth holds together, falsehood falls apart.

"Indian democracy does not permit them (dynasts) to rewrite Court orders... To manufacture a Court order for a political propaganda is a new low for Rahul Gandhi. The lower he sinks, the higher we rise," Jaitley said.

BJP MP Meenakshi Lekhi alleged that Gandhi has accredited his personal statements to the top court and tried to generate prejudgment in her appeal before the Supreme Court. On April 10, the Congress president claimed that the apex court has made it "clear" that Prime Minister Narendra Modi "committed a theft".

On April 10, the Supreme Court permitted the appeal of petitioners depending on on leaked documents for seeking review of its Rafale judgement and dismissed the government's preliminary objections claiming "privilege" over them. "I am happy and I have been saying so for months that Hindustan's PM has given the air force money to (industrialist) Anil Ambani, and the SC has accepted it. The SC is going to investigate it," Gandhi had said.

"I want to thank the SC. It's a very happy day. The SC has talked about justice. Justice has prevailed," he had added. The Rafale fighter is a twin-engine Medium Multi Role Combat Aircraft (MMRCA) manufactured by French aerospace company Dassault Aviation.