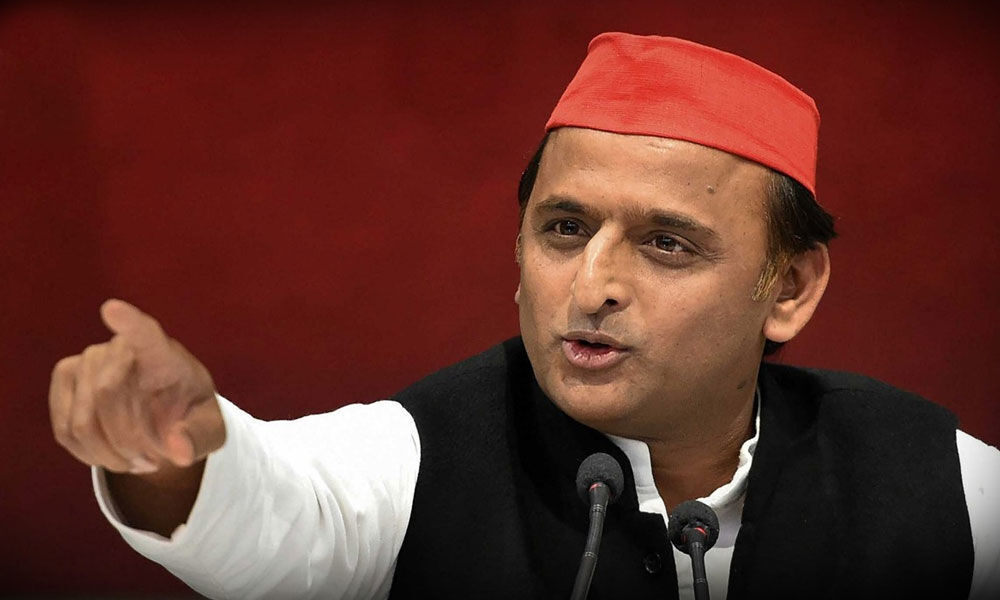 Samajwadi Party chief Akhilesh Yadav suggested the BJP on Wednesday that its decision to not give Lok Sabha tickets to sitting Chhattisgarh parliamentarians should apply for the saffron party's "leader" too.

LUCKNOW: Samajwadi Party chief Akhilesh Yadav suggested the BJP on Wednesday that its decision to not give Lok Sabha tickets to sitting Chhattisgarh parliamentarians should apply for the saffron party's "leader" too.

"'Vikas' (development) is asking. Why the ruling party is not giving tickets to a majority of its sitting MPs? It means they have accepted their failure. This formula should not only be applied for the team but for its leader also," Yadav tweeted, in an apparent reference to Prime Minister Narendra Modi.

Yadav used the hashtag, 'vikas pooch raha hai' (development is asking), to corner the Modi government over its claim of development.

"How many people will the BJP make unemployed. For increasing competition of the unemployed, the BJP is not giving tickets to its MPs and making them unemployed," the former Uttar Pradesh chief minister said in another tweet.

The SP leader's comments come against the backdrop of the Bharatiya Janata Party announcing on Tuesday that it would drop all the 10 incumbent MPs from Chhattisgarh and replace them with new faces for the general election.

The decision came in the wake of the party's humiliating defeat in the recent assembly election. In another tweet, Yadav mocked Modi with the hashtag, 'kapde badalta chowkidaar' (the watchman who changes clothes). "Why cannot all the 'chowkidaars' (watchmen) have the same uniform? This will save money and time to change clothes also".