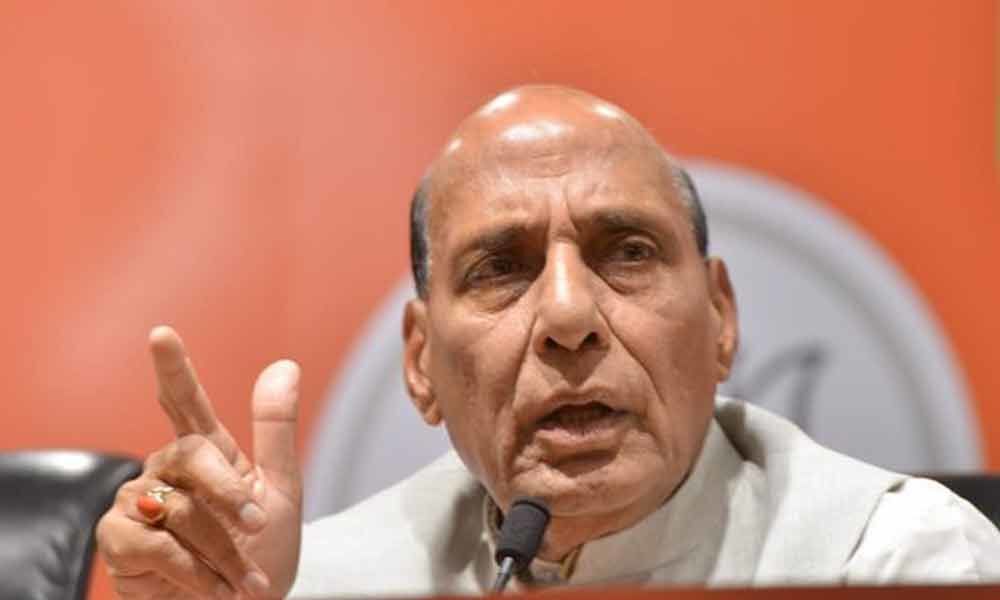 Defence Minister Rajnath Singh on Wednesday approved the relocation of 206 Army officers from here to their original field units as part of reorganization of the Army headquarters.

New Delhi: Defence Minister Rajnath Singh on Wednesday approved the relocation of 206 Army officers from here to their original field units as part of reorganization of the Army headquarters.

The approval to relocate the officers, apart from the creation of a separate vigilance cell under the Chief of Army Staff (COAS), were among the decisions approved by Singh on the basis of an internal study conducted by the Army Headquarters.

Besides, a unit will be formed under the Vice Chief of Army Staff (VCOAS) to focus entirely on issues of human rights.

The Army officers who will be relocated to their field units include three Major Generals, eight Brigadiers, nine Colonels and 186 Lt Colonels.

The Additional Director General (Vigilance) will be placed directly under the COAS and the cell will have three officers not below the rank of a Colonel, drawn from each of the services.

The cell to be formed under the VCOAS will focus on human rights convention and values. It will be headed by an officer not below the rank of Major General and will examine reports of human rights abuses.