As soon as Congress comes to power, inquiry will be ordered in Rafale: Rahul to PM 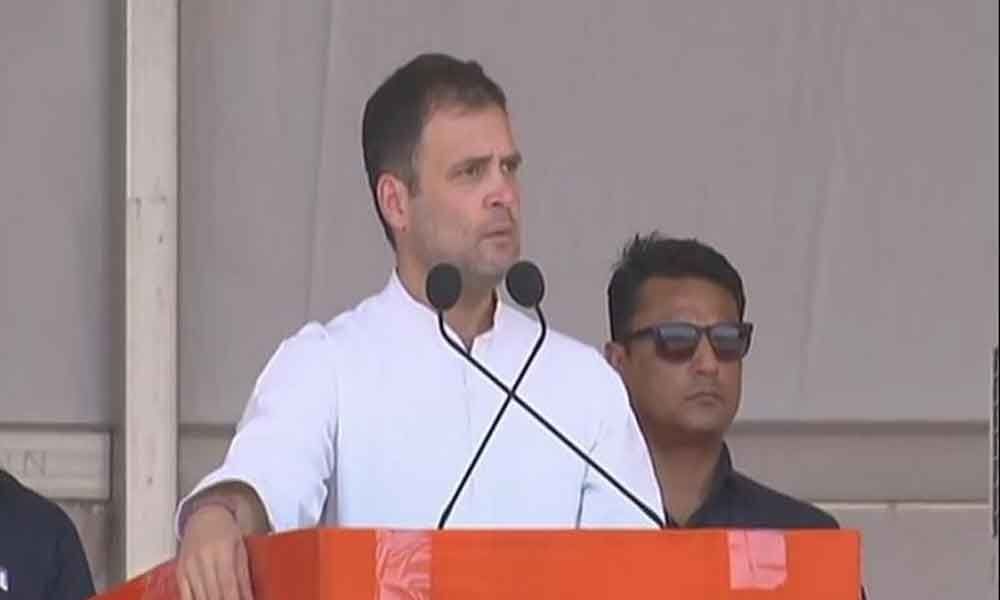 Rahul also claimed that the BJP has done 'step motherly treatment towards Amethi'.

Barabanki: Attacking Prime Minister Narendra Modi over the Rafale deal, Congress president Rahul Gandhi on Monday said that an inquiry will be ordered on it if Congress returns to power after the Lok Sabha elections.

While addressing a rally here, Rahul said, "When BJP leaders and the Prime Minister come here and give false speeches, then for once ask him why he gave Rs 30,000 crore to Anil Ambani. Also, ask him what did Anil Ambani do for him in return? Kyunki muft mei thodi hota hai… What did you get in return?"

Rahul also claimed that the BJP has done "step motherly treatment towards Amethi."

"My plan is to make Amethi the education centre of the country," he said. Rahul has been representing Amethi Lok Sabha constituency in Parliament since 2004. This is the fourth time he will be contesting from the seat.

Further attacking the Prime Minister, Rahul said: "Prime Minister Narendra Modi has waived off loans worth Rs 5,55,000 crore of 15 people. This means money was stolen from people's pockets and given to Mehul Choksi, Neerav Modi, Vijay Mallya, Lalit Modi and Anil Ambani… But when farmers ask to waive off their loans, then the Prime Minister says I won't do it".