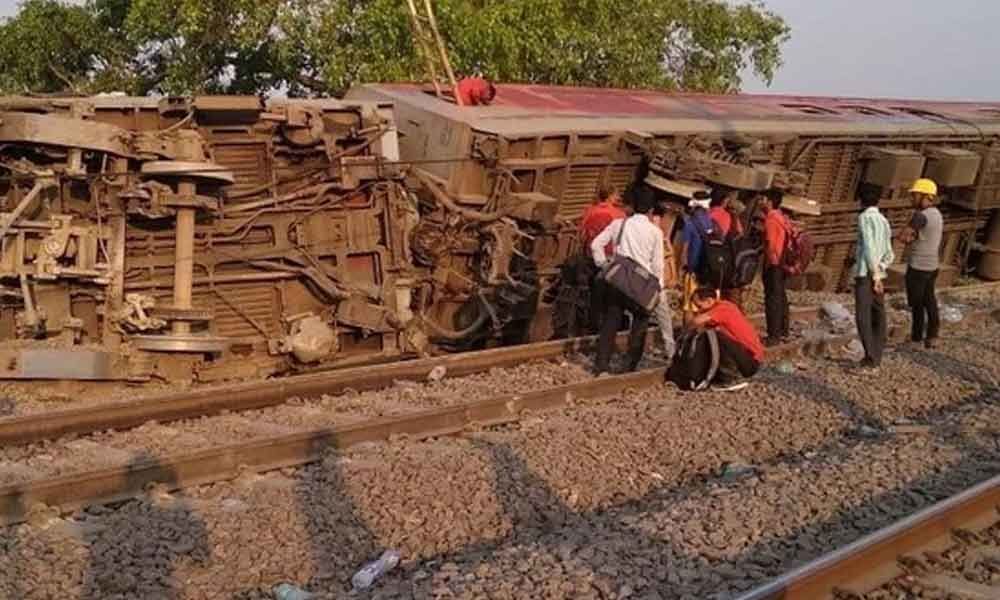 The train was going to New Delhi when the incident occurred near Rooma railway station – about 20 km from here – in Kanpur Nagar district around 12.50 am.

Four out of the 12 derailed Linke Hofmann Busch (LHB) coaches have overturned, North Central Railway public relations officer Amit Malviya said. Fourteen people were injured and three of them were admitted to a hospital.

The passengers were brought to the Kanpur Central railway station, from where they left for New Delhi in a special train at 5.45 am, it added.