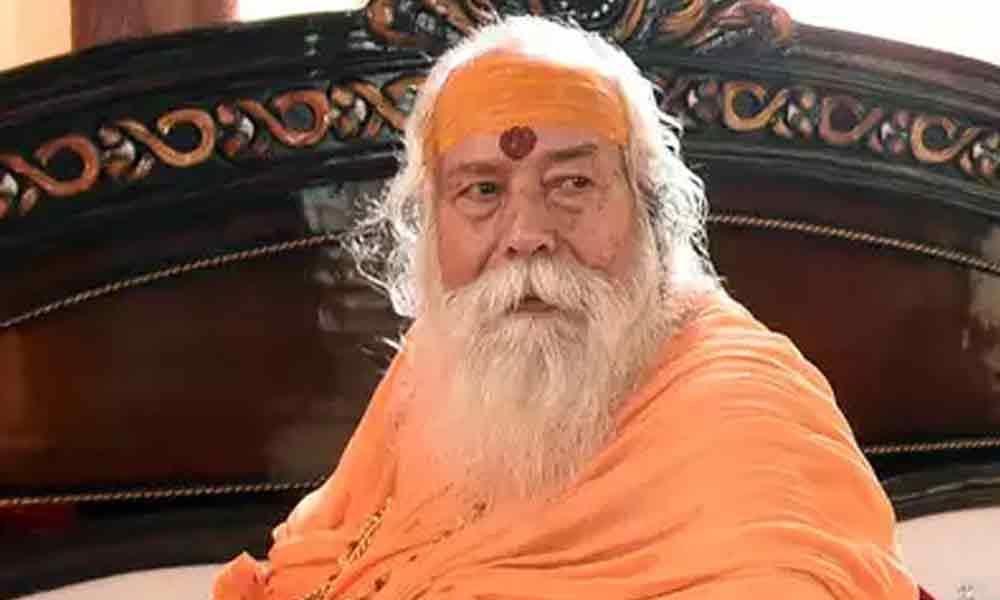 New Delhi: The Dwarka Peeth Sharkracharya on Thurdsay questioned the introduction of the Triple Talaq Bill in Parliament, saying the only way to provide relief to Muslim women was to make the second marriage an offence till the first wife was alive.

"If the husband would be sent to the jail, from where his life partner would get the money to support herself," Shankaracharya Swami Swaroopanand Saraswati said talking to reporters in Mathura on Thursday.

He said a similar law on the lines of the Hindu Code Bill should be made to prohibit the second marriage in the Muslim community until the first wife was alive.

He also accused the BJP of misguiding people on the Ram temple in Ayodhya.

"On the Ram temple, from the very beginning, the BJP has been misguiding people by creating an impression that it would be constructed by them only," he said.

"The BJP government at the Centre cannot construct the Ram temple as it would be against the oath of secularism taken by every member of Parliament," he said, claiming that only "dharmacharyas" would construct the temple after the apex court order.

The seer also claimed that since Babar had never visited Ayodhya so the construction of a mosque by him was out of question.

Unknowingly, the existing temple was demolished by activists of the RSS and the BJP in Ayodhya in 1992.

The shankaracharya also favoured a change in the anti-defection law, saying fresh mandate should be sought after a legislator defected to other party.