Bazar School loses its 'smart' classes, will be back after polls 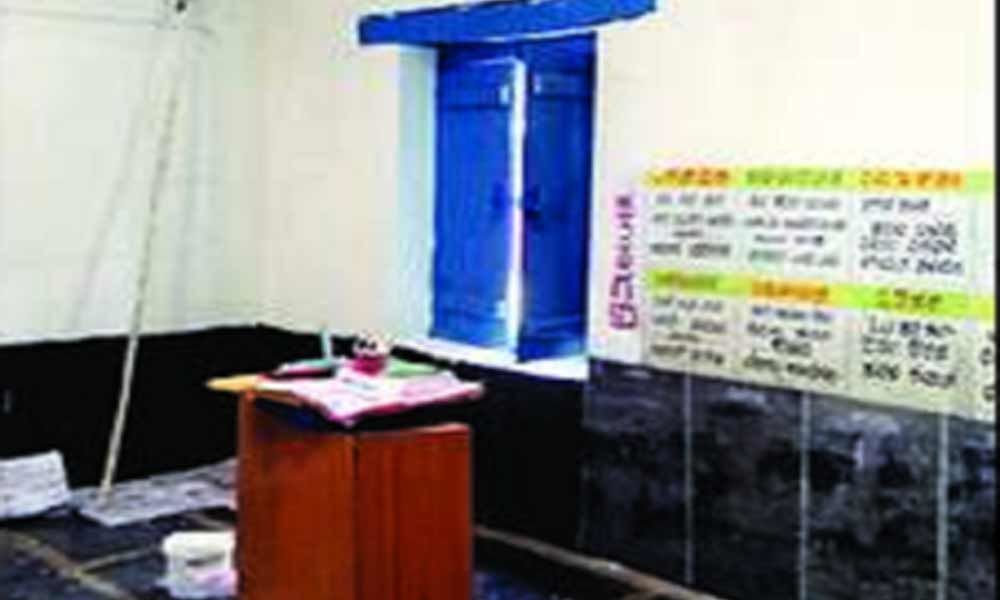 The district administration guaranteed the parents, who had lodged complaints, that the ‘smart’ classes would be back after the polls.

The Higher Primary Kannada School to lose its 'smart' tag until the Lok Sabha elections are over. Also known as Bazar School, it's situated in Karwar.

Last August, the school brought in modern technology to help students enhance the quality of studying and got the 'smart' tag. But as per the guidelines of the Election Commission of India, which clearly states that a polling booth, once acknowledged, cannot be moved even to the next classroom, and has brought it to back to square one. Thus to comply with EC guidelines, that there shouldn't be any pictures on the walls, officials whitewashed them and shifted the smart classes temporarily as the school has three booths.

The parents seem to be very displeased. "Last year, teachers and parents decided to use smart technology. Students used equipment for lessons. The Nali– Kali scheme is helping students up to class 7. The walls had been painted and two rooms converted into 'smart classes' with projectors and computers. Now, six months later, the walls have been whitewashed and projectors and computers shifted" said Nagesh, a parent.

The district administration guaranteed the parents, who had lodged complaints, that the 'smart' classes would be back after the polls.