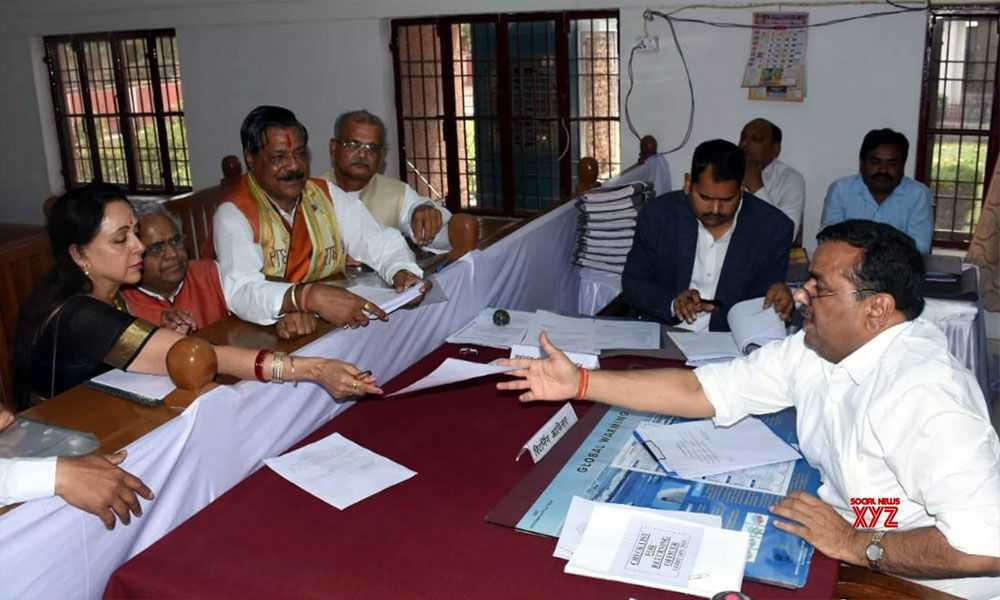 Before filing her nomination, she offered prayers at the Banke Bihari Temple accompanied by UP Chief Minister Yogi Adityanath.

Malini is the sitting Member of Parliament (MP) from the seat.

Before filing her nomination, she offered prayers at the Banke Bihari Temple here. She was accompanied by UP Chief Minister Yogi Adityanath.

"With the blessings of Shri Banke Bihari Ji, I am going to file my nomination. I am very confident that the people of my constituency and the party are with me," she said.

She said: "I want re-election because I wish to remain connected with the masses of Mathura."

Later addressing a public rally, she said: "A lot of development works are happening in the country under the leadership of Prime Minister Narendra Modi. I too want to be a part of it. That is why I am recontesting the election from here."

On March 21, Malini had thanked Prime Minister Modi and BJP president Amit Shah for choosing her to contest the 2019 LS polls from Mathura seat again and promised to work hard to bring development in the area.