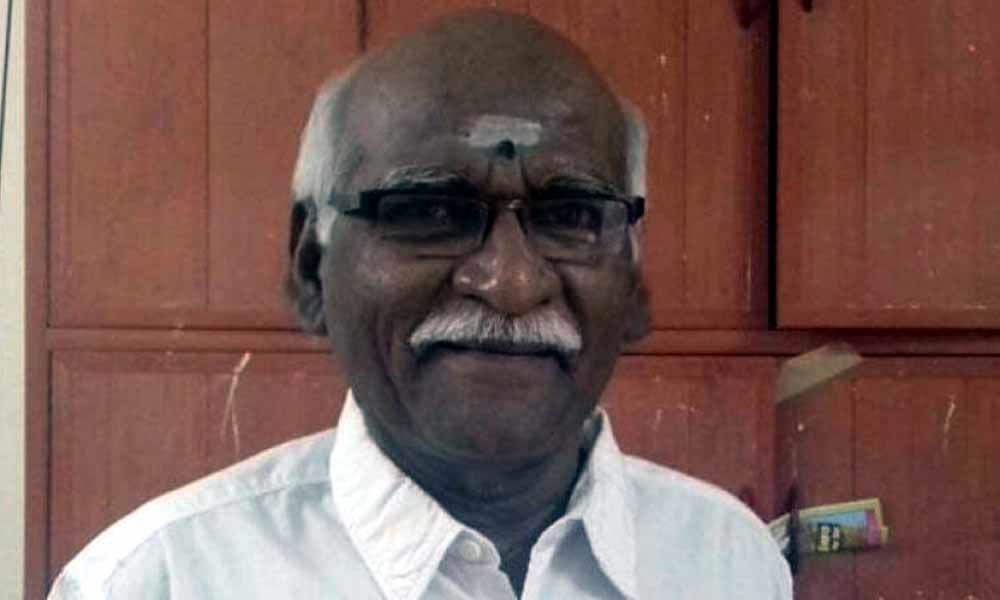 Chennai: "Cash on hand Rs 1.76 lakh crore and debt of Rs four lakh crore" may sound outlandish, but the deliberate false declaration was made in his affidavit by a candidate for the by-election to the Perambur assembly segment in Tamil Nadu.

The figures, which sarcastically refer to the notional value of 2G spectrum scam and the debt burden of the Tamil Nadu government, were mentioned by the son of a freedom fighter in a bid to expose chinks in the Election Commission's screening process of the mandatory declaration.

The affidavit, a copy of which has been uploaded in the Election Commission's website, was filed by Jebamani Janata party's J Mohanraj, a retired police inspector, along with his nomination for the by election on April 18.

If taken at face value, he would have been the richest candidate in the entire country.

Asked why he made the false declaration, Mohanraj, son of freedom fighter Jebamani, alleged that the 2G Spectrum case was not properly probed and it was his attempt to draw the attention to this aspect.

On the Rs 4 lakh crore debt he declared he owed to the World Bank in the "dues" column, the 67-year old retired police inspector told PTI it was a pointer to the Tamil Nadu government's "administrative inefficiency," which resulted in a huge debt burden to the tune of about Rs 4 lakh crore.

Mohanraj, who had declared Rs 1,977 crore as his deposits in the 2009 Lok Sabha elections when he filed his papers to contest from south Chennai, said he chose to present a fake declaration for one more purpose.

"You can declare whatever you want in the affidavit. The Election Commission will do nothing," he claimed and demanded that false declarations be made a criminal offence. Asked if action was taken against him for making such a declaration in 2009, he said, "I did not even get a notice."

He claimed that making false declarations was a criminal offence and it was made a civil matter only on April 26, 2014.

"This was done to protect a political bigwig who had concealed information about his assets while filing nomination from a Lok Sabha constituency in Tamil Nadu," he claimed.

An official had come out in the open about the bigwig and "it is in the public domain," he said.

Mohanraj said he was tired of writing to several authorities, including the Election Commission, seeking to make false declarations a criminal offence. "This (by making a false declaration to draw attention) is my way of working for the betterment of the nation," he said.

Mohanraj took voluntary retirement from the police department and said he did not mention that he owned a house in the declaration.

The only truth about his declaration was that his spouse had 13 sovereigns gold worth about Rs 2.50 lakh and Rs 20,000 cash on hand. "I mentioned Rs 3 lakh as jewel loan. But these jewels were auctioned."