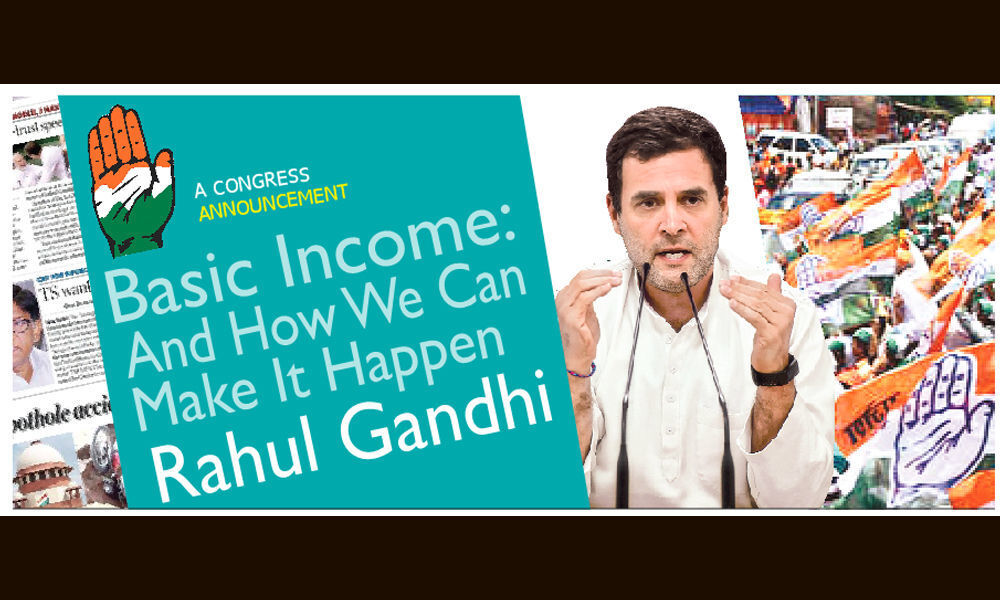 New Delhi: In a big bang election promise, Congress president Rahul Gandhi on Monday announced that 20 per cent families belonging to the poorest category will be given Rs 72,000 each annually as minimum income if his party comes to power.

Making the announcement at a press conference here, Gandhi said 50 million families and 250 million will directly benefit from the scheme. "Final assault on poverty has begun. We will wipe out poverty from the country," he said, adding that the Congress has studied the fiscal implications of the scheme and consulted renowned economists and experts before finalising the scheme.

"It is an extremely powerful, ground-breaking and well-thought idea. People have suffered in the last five years and we are going to give justice to them," he added.

A Congress official said any family earning less than Rs 12,000 a month would receive Rs 6,000 every month.

BJP laughs it off

The ruling Bharatiya Janata Party dismissed the plan as an enticement on which the Congress cannot deliver. BJP's national general secretary Ram Madhav said, "If you are sure about your defeat, you can promise moon.

Who takes it seriously? Already under different schemes poor families get much more support. Is it in addition to those schemes or they all will be subsumed in it?"

The number of Indians below the poverty line had fallen to about 65 million, or 5 per cent of the population, from 22 per cent in 2011, the BJP said on social network Twitter after Gandhi's news conference.

The BJP pledged direct cash support of Rs 6,000 a year for 120 million poor farmers and cut taxes for the middle-class last month. It has also rolled out cheap health insurance for the poor.