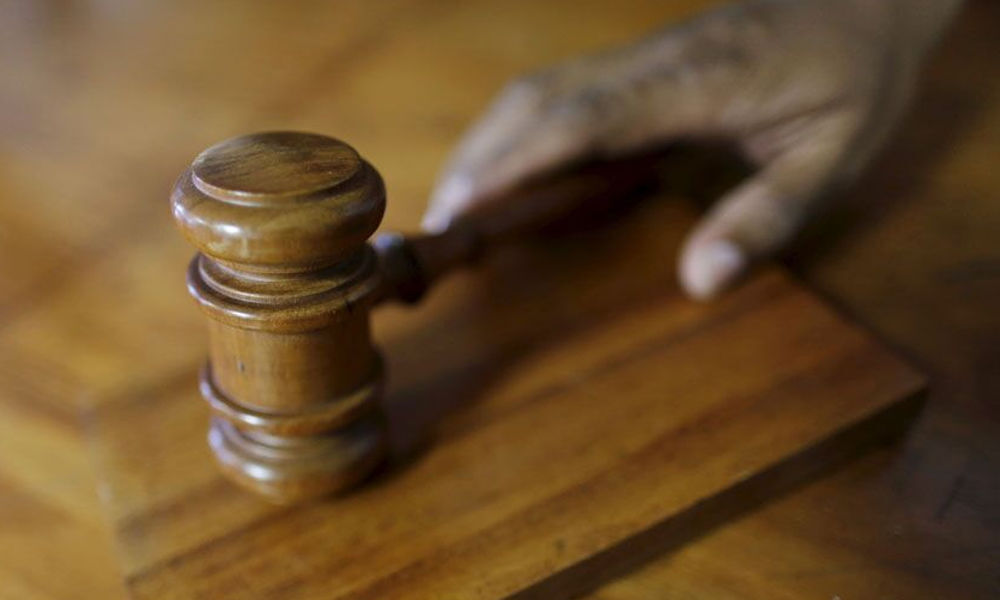 Five Uttar Pradesh policemen have been convicted for the custodial death of a 26-year-old man by a Delhi court, which said that the police feel they have power to manipulate the evidence and will not be held accountable

New Delhi: Five Uttar Pradesh policemen have been convicted for the custodial death of a 26-year-old man by a Delhi court, which said that the police feel they have power to manipulate the evidence and will not be held accountable.

Additional Sessions Judge Sanjeev Kumar Malhotra said, "the police play a major role in the administration of criminal justice. One of the reasons for custodial death is that the police feel that they have a power to manipulate the evidence as the investigation is their prerogative and with such manipulated evidence they can bury the truth.

They are confident that they will not be held accountable even if the victim dies in custody, and even if the truth is revealed," the court said in a recent order.

Sonu was apprehended on the suspicion of being involved in a robbery. The court further directed DGP of Uttar Pradesh Police to take appropriate action for prosecution as well as for disciplinary proceedings against Inspector Deepak Chaturvedi and Constable Manoj Kumar, who were posted as Station Officer and GD writer respectively on that day for their connivance with accused persons in recording wrong entries in the GD Register and for causing disappearance of evidence.

The Supreme Court had transferred the case from a sessions court in Uttar Pradesh to a court in Delhi and observed that the manner in which the investigation was conducted after registration of the case unmistakably showed that free and fair trial would not be possible within the state as the accused were members of the police force.

"It has been duly proved beyond reasonable doubt that the five accused policemen... in connivance with Kunwar Pal Singh (middleman) and in furtherance of their common intention abducted Sonu from his native village Hazrat Pur (in Uttar Pradesh) and maliciously confined him till he was declared dead knowingly that by confining him illegally they were acting contrary to law as they were apprehending his involvement in a robbery case without any evidence or reasonable suspicion against him," the Sessions Court said.

"Not only this, they tortured Sonu while he was in their custody knowingly that by such beatings/torture they are likely to cause his death. Further, in order to claim a false defence that they lodged Sonu in hale and hearty condition, they in collusion with their colleagues got prepared an incorrect general diary," the court said.

The court convicted the five police officials for the offences under sections 365 (abducting with intent secretly and wrongfully to confine person), 220 (confinement by person having authority who knows that he is acting contrary to law) 167 (public servant framing an incorrect document with intent to cause injury), 304 (culpable homicide not amounting to murder), 34 (criminal acts done by several persons with a common intention) of the IPC.

It held Pal guilty of offences of kidnapping and conniving with the other accused. The court, however, acquitted SI Vinod Pandey, one of the accused, of all charges due to lack of evidence against him.

The court is likely to pronounce order on sentence of the convicts later this week. The maximum punishment for the offences under which they have been convicted is 10 years.

According to complaint lodged by the father of the deceased, in September 2006, Kunwar Pal, who worked as a property dealer with his son, came to their house with five police officials in civil dress.

Pal had told Sonu that the five persons accompanying him had come to purchase a land and asked him to show the land to them. On the pretext of showing the land, they took him in a car in which they had come, it said.

The complaint further claimed that he was taken to a police station on the false implication of a robbery case where he was tortured by the officers. Sonu's father claimed that his son was murdered by the police after being tortured and they had given it colour of suicide.

"Due to false implication in robbery case and on account of atrocities caused by the police, Sonu, due to physical and unbearable mental stress committed suicide under depression and he was found hanging in the lock- up," the complainant said.

During the trial, all the accused had denied the charges levelled against them. The medical report of Sonu showed that there were contusions on the back of his abdomen and elbow and abrasions on his knee and shoulder.