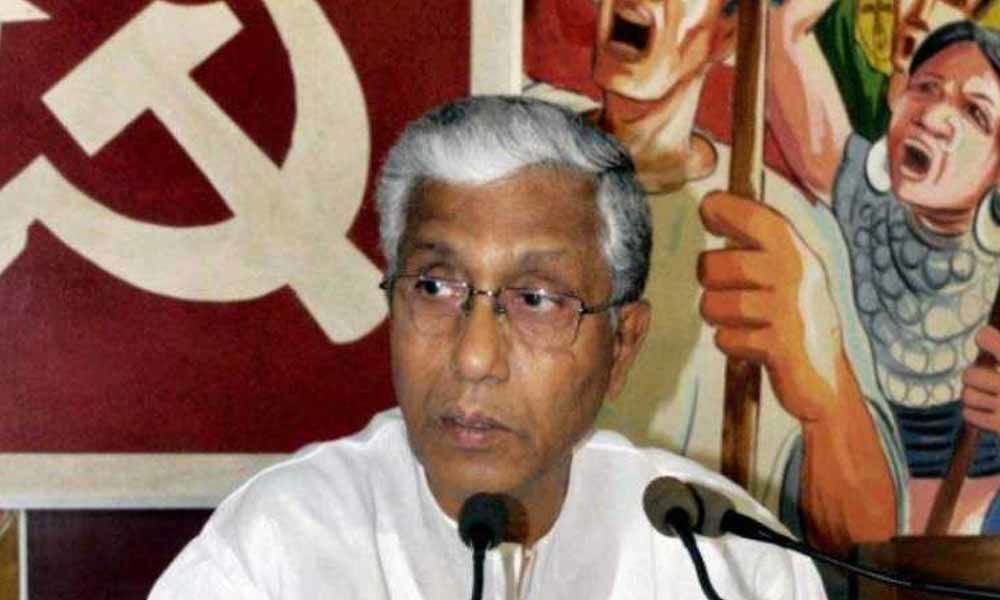 AGARTALA: Former Chief Minister Manik Sarkar was prevented from addressing an election meeting at Mohanbhog, a village in Sipahijala district by a group of BJP workers despite presence of police and paramilitary forces, a senior CPI (M) state leader claimed Friday.

Sarkar, who is leader of the opposition in the Tripura assembly, faced BJP workers wrath on Thursday when he had gone to the place to campaign in favour of the party candidate for West Tripura constituency, Shankar Datta.

Despite the presence of police and the paramilitary forces, Sarkar was not allowed to address the rally and he had to come back, CPI (M) state leader state secretary Gautam Das told reporters.

When contacted, BJP spokesperson, Nabendu Bhattacharya said no BJP activist or supporter were present at Mohanbhog.

"We have heard that he faced Sarakar go back slogans and the people gathered there also showed him black flags," he said.

Das alleged that ever since BJP came to power on March 3 last year, they have let loose a "reign of terror in a fascist manner" as a result of which many CPI(M) activists were forced to flee from their houses and a number of the party offices demolished.

He said, police remained silent spectator to these incidents while the "constitution is throttled in the state."

The party secretary alleged that CPI(M) East Tripura candidate Jitendra Chaudhury and that from West Tripura seat Shankar Datta, both sitting Lok Sabha MPs, have been attacked several times during their poll campaign.

He alleged fear psychosis prevailed in the state as the BJP activists were intimidating the opposition party workers and supporters, including those of the Congress.

Das said, a delegation of the CPI-M, led by party General Secretary, Sitaram Yechuri had met the ECI on March 6 last and demanded to take appropriate actions for creating conducive atmosphere for elections.