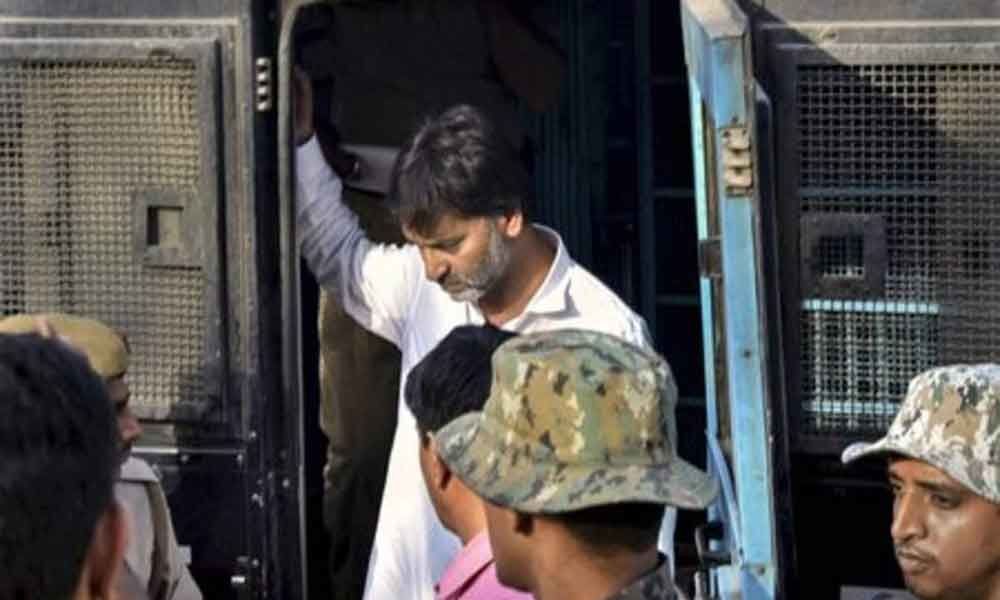 He was brought to the national capital after a court in Kashmir granted his transit remand to the National Investigation Agency.

New Delhi: A Delhi court Wednesday sent JKLF chief Yasin Malik, arrested in a case related to funding of separatists and terror groups in Jammu and Kashmir, to judicial custody till May 24.

Additional Sessions Judge Rakesh Syal also sought reply from the defence counsel on a plea of Tihar jail authorities seeking to produce Malik through video conference due to security concerns. The court had sent Malik to NIA custody. He was brought to the national capital after a court in Kashmir granted his transit remand to the National Investigation Agency.

The Jammu and Kashmir High Court has reserved its judgment on a CBI plea for reopening three-decade-old cases in which Malik was an accused. The Jammu Kashmir Liberation Front (JKLF) chief is facing charges of kidnapping and murder for being allegedly involved in abducting Rubaiya Sayeed, daughter of then Union Home Minister Mufti Mohammad Sayeed in 1989, and killing of four Indian Air Force personnel in 1990. The JKLF was recently banned under the Unlawful Activities (Prevention) Act.