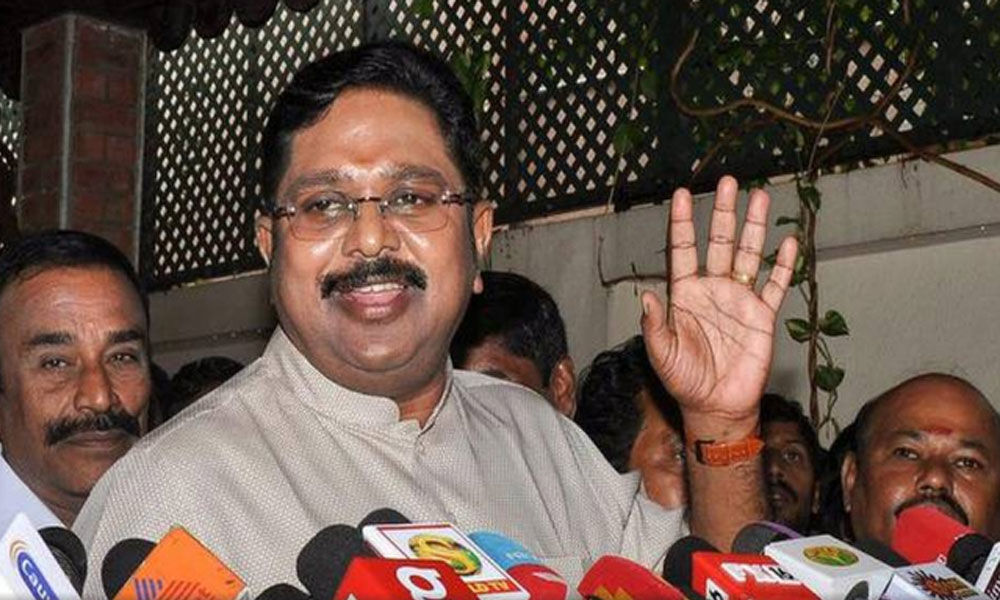 The AMMK is contesting 38 of the 39 seats in Tamil Nadu.

The Amma Makkal Munnetra Kazhagam (AMMK) headed by TTV Dhinakaran on Friday announced its second and final list of 14 candidates for the April 18 Lok Sabha elections in Tamil Nadu.

The list included three disqualified AIADMK MLAs owing allegiance to Mr. Dhinakaran, who floated the AMMK after being sidelined in the ruling party.

The AMMK is contesting 38 of the 39 seats in the State and Mr. Dhinakaran had earlier announced candidates for 24 seats.

It has alloted Chennai Central constituency to its ally Social Democratic Party of India.

On Friday, Mr. Dhinakaran released the list of the 14 candidates, including close aide Thanga Tamilselvan who has been fielded in Theni constituency.

He will take on AIADMK Coordinator and Deputy Chief Minister O. Panneerselvam's son P .Ravindranath, who is making his electoral debut.

N.G. Parthiban and P. Palaniappan are the other disqualified MLAs who have been nominated by Mr. Dhinakaran. They will contest from Arakkonam and Dharmapuri seats respectively.

Mr. Dhinakaran also announced the second list of candidates for the April 18 byelections scheduled for 18 assembly seats in the state, mainly caused by the disqualification of the AIADMK MLAs.