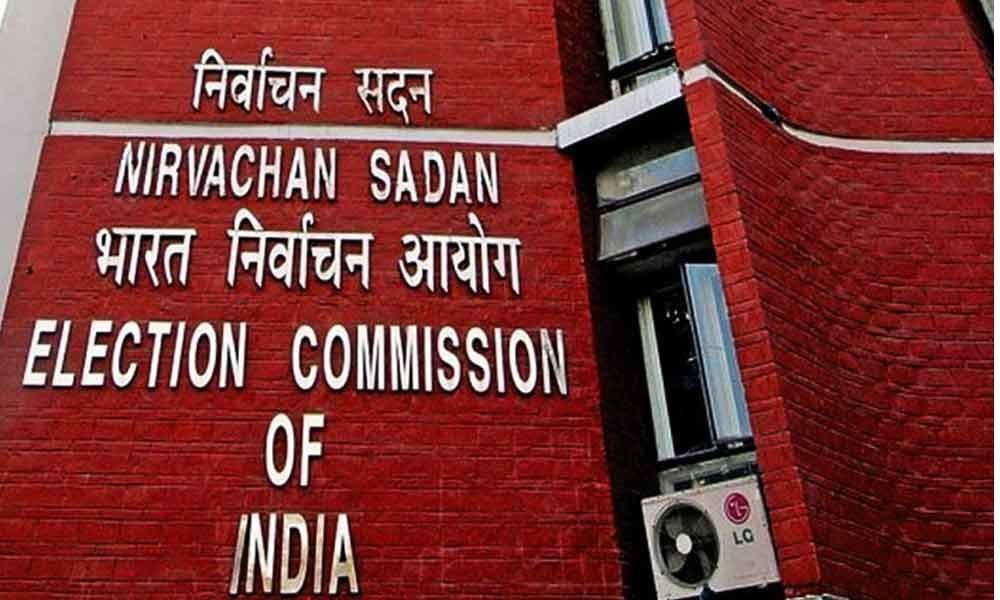 The Election Commission officials' effort to prohibition the publication of a booklet on Rafale deal is one 'surgical strike' that has gone in the wrong. And there is a sequence of other 'excesses' that has taken sheen off the authority this election season.

A freedom fighter was incorrectly taken for a 'politician' and his statue was shielded with a cloth in Chennai. A Sri Lankan woman had been detained and abused because she was carrying Rs. 50,000; consequently she missed her flight to Colombo. A group of Malaysian tourists lost their peace when they were detained in Dharmapuri because they carried Rs1.7 lakh. And a popular folk singer Pushpavanam Kuppusamy too missed a flight because he had been detained for a meager amount he had on his person. Strangely, all this happened in just a week's time.

"Surgical strike on a publication is dangerous. Tamil Nadu has seen only one previous incident of attempts being made to stop a book being published," said Justice K Chandru, retired judge of Madras high court, mentioning the communist leader P Ramamurthy's book, 'For Whom the BHEL Tolls', about a bid to lighten BHEL in favor of a German company.

"It was shocking. Either an area level officer had the guts to seize copies of a ready-to-publish book misusing the EC's authority, or someone involving a central intelligence agency was pulling the wire," Justice Chandru added.

"The EC cannot impose an internal emergency under the pretext of enforcing the model code. It is time the manner of exercise of their powers is defined, and whimsical use of authority is prevented," said senior advocate P Wilson, who previously was the additional solicitor-general of India.

Last week, election staff got confused with freedom fighter Su Nellaiyappar for a politician and covered his statue at Chromepet. It was only after protesters, who wanted to garland the statue on his anniversary cried out loud to the officials remove the cloth.

P Wilson said Article 301 of the Constitution safeguards unrestricted business and trade, citing claims of seizures made from small traders carrying cash or gold/silver ornaments, . "The EC under the pretext of plenary powers vested with it under Article 324 cannot undermine the fundamental rights of common people. The commission could be hauled up for abuse of powers," he said.