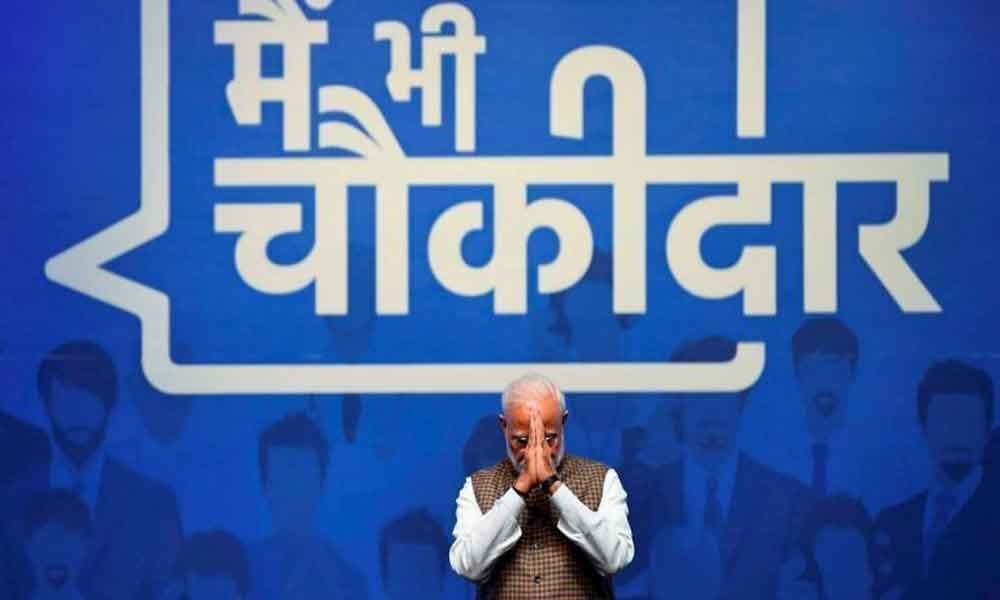 New Delhi: The Election Commission (EC) on Thursday said it had sought specific details from state-run Doordarshan (DD) News as it was looking into a c...

New Delhi: The Election Commission (EC) on Thursday said it had sought specific details from state-run Doordarshan (DD) News as it was looking into a complaint which alleged that the channel was used as a tool to promote and advertise Prime Minister Narendra Modi's "Main Bhi Chowkidar" event held recently.

Deputy Election Commissioner Sandeep Saxena told reporters here that DD's response was sought and the poll panel had asked it for two things.

"We have asked them (DD) as to how are you allocating time for various political parties'' coverage and also, there is a standard time allocated to a particular party and how is this being done. We have asked for their comments," he said.

Mr Saxena added that as the case was being dealt in the EC by a different officer, he would not be able to elaborate more on the issue.

The Congress had asked the EC earlier this month to issue urgent and necessary directions to the Information and Broadcasting Ministry and Prasar Bharti (DD News), and for further passing of strictures or censures against PM Modi and the ruling BJP for "using government-owned news channels as a tool to promote and advertise their election campaign".

The "Main Bhi Chowkidar" programme of the prime minister was broadcast live on DD News and its YouTube channel, and was even promoted on the social media handles of DD News, a Congress memorandum submitted to the poll panel had said.

"This broadcast undermines the fundamental task which falls to the commission: to ensure a level-playing field for all candidates and political parties," it had said.

Responding to a question on the representations made by the party to the EC, Congress's chief spokesperson Randeep Surjewala had told a press conference that "whether it is Doordarshan or All India Radio, they have been subjugated and made departments of the BJP to propagate and preach the political programmes of the party".

"This is unacceptable and shameful that the public-owned Doordarshan and AIR are being used for propagating the political programmes of the PM. It crosses all limits of acceptability and decency, as also public conduct," he had said.