'Every shining sun has to set': Shiv Sena on Amit Shah replacing Advani 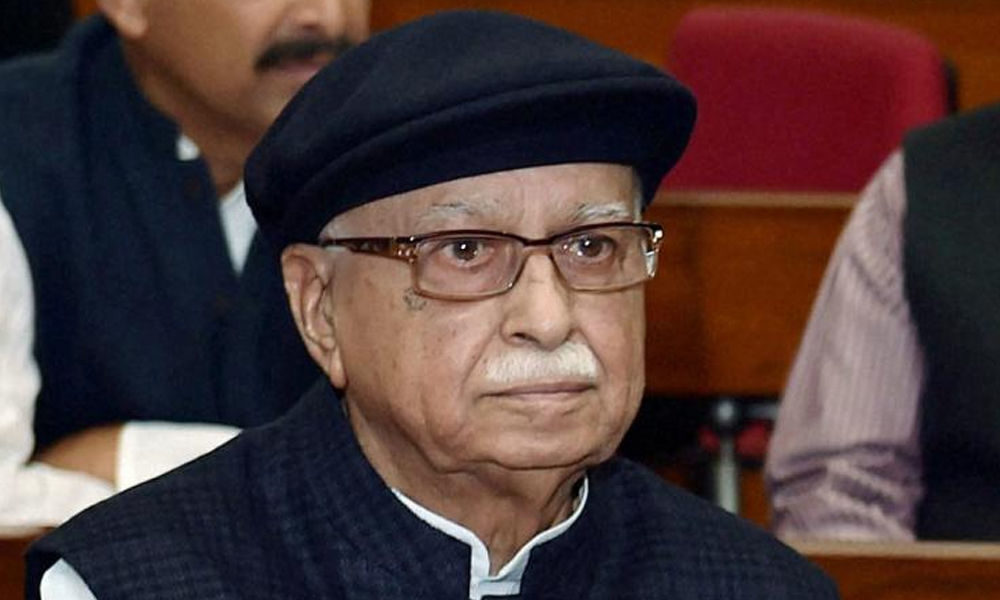 The Shiv Sena Saturday said L K Advani would remain the "tallest leader" of the BJP irrespective of his poll presence, two days after the party nominated its chief Amit Shah from Gandhinagar, a seat represented by the BJP patriarch

Mumbai: The Shiv Sena Saturday said L K Advani would remain the "tallest leader" of the BJP irrespective of his poll presence, two days after the party nominated its chief Amit Shah from Gandhinagar, a seat represented by the BJP patriarch.

In an editorial in the party mouthpiece "Saamana", the Sena said Shah contesting in place of Advani is politically translated as the 'Bhishmacharya' of Indian politics being "forced" to retire.

"Lal Krishna Advani is known as the 'Bhishmacharya' of Indian politics, but his name does not feature in the list of BJP's candidates for Lok Sabha polls, which is not surprising," the edit said.

The Sena said the development underlined that the BJP's Advani era has come to an end. "Advani has been elected from Gujarat's Gandhinagar constituency six times.

Now, Amit Shah will be contesting from that seat.

This simply means Advani has been forced to retire," the editorial said. Marking a generational shift in the BJP, the party recently announced candidature of Shah, who will be contesting his debut parliamentary election, from Gandhinagar. Advani, 91, had served as Union home minister and deputy prime minister.

After Prime Minister Narendra Modi led the BJP to a massive victory in 2014 and Shah was made the party president, Advani was made a member of Margdarshak Mandal (group of mentors).

The Sena said, "Advani was one of the founding members of the BJP, who along with former prime minister Atal Bihari Vajpayee steered the rath of the party ahead.

"But today, Modi and Shah have taken the place of them (Vajpayee and Advani). An environment has already been created in the party to ensure that seniors do not get any responsibility this time," it stated.

The Sena further said Advani has played a "long innings" in politics and would remain the "tallest leader" of the BJP. The Sena is contesting the next month's Lok Sabha elections in alliance with the BJP.

The Sena said it didn't believe that a leader retains his top position only if he continues to be in active politics.

The Uddhav Thackeray-led party also attacked the Congress which has said the Gandhinagar seat has been snatched from Advani. "The party (Congress) should not talk about insult to elders.

The then prime minister P V Narasimha Rao, who had steered the Congress governments in difficult times, was insulted by the party even after his death," it said.

The Sena also referred to the 2013 incident when Rahul Gandhi tore an ordinance (on protecting convicted lawmakers) in the presence of the then prime minister Manmohan Singh.

"What happened with Sitaram Kesari (former Congress president who was succeeded by Sonia Gandhi)?....Therefore it does not suit the Congress to talk about respecting elders," the Sena said.

Praising Advani, the Sena said he was responsible for expanding the BJP's footprint across the country.