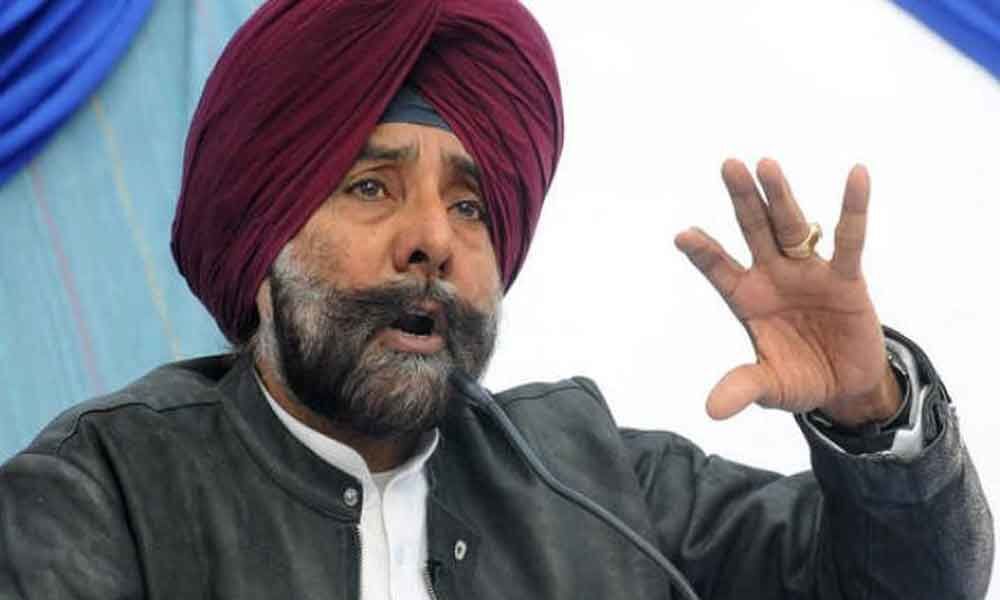 Former MP Jagmeet Singh Brar, who was expelled from the Congress and later went on to join the Trinamool Congress, Thursday said he will join the Akali Dal on April 19 at Muktsar in Punjab.

Chandigarh:Former MP Jagmeet Singh Brar, who was expelled from the Congress and later went on to join the Trinamool Congress, Thursday said he will join the Akali Dal on April 19 at Muktsar in Punjab.

"In my political and personal capacity, I have been driven by virtues and principles of Guru Nanak. Hence, I want to inform all well wishers who have stood by me that I will be joining the Shiromani Akali Dal tomorrow at Shri Muktsar Sahib, Brar tweeted on Thursday.

While I live and breathe politics for and by the people, the Akali Dal gives me an opportunity to further my objectives of Sikhism and Punjab. At every step, I have raised issues for the people and will continue to do so, he said.

Brar, who had been the permanent invitee to the Congress Working Committee (CWC) for 10 years, was expelled from the party in 2016.

After the Congress party's defeat in the 2014 Lok Sabha polls, Brar had suggested that then Congress President Sonia Gandhi and the then vice-president Rahul Gandhi go on a sabbatical to introspect on the reasons for the party's worst performance in the elections.

Brar had later joined the Trinamool Congress and had remained president of party's state unit. He quit the TMC last year.

Brar had defeated Sukhbir Badal from Faridkot Lok Sabha seat in 1999. Badal went on to defeat Brar in the 2004 polls.