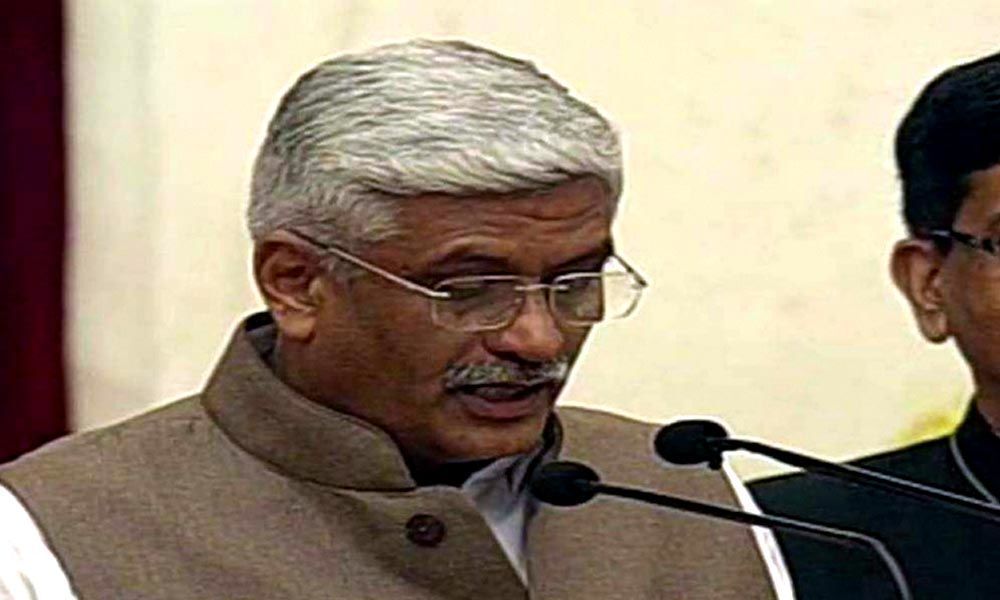 Union Jal Shakti Minister Gajendra Singh Shekhawat said there have been instances when a tribunal could not resolve a dispute between states for 33 years.

NEW DELHI: Union Jal Shakti Minister Gajendra Singh Shekhawat Wednesday said the existing tribunals constituted for resolution of river water disputes among states have failed to resolve the conflict and needed to change the approach on how to resolve such issues.

Moving The Inter-State River Water Disputes (Amendment) Bill, 2019 for consideration and passage in Lok Sabha, the union minister said there have been instances when a tribunal could not resolve a dispute between states for 33 years.

Shekhawat said the 1956 Act was amended in 2002 setting a target of five years for resolution of any river water dispute.

However, the very purpose of bringing the amendment was defeated when the tenure of tribunals were given one after another extension, he said.

The minister also rued irregular sittings of tribunals, leading to a long delay in giving awards.

Among the nine river water tribunals, only four could submit its reports which too came after a seven to 28-year delay.

Except for one or two tribunals, no tribunal sat regularly, he said.

Shekhawat also said an institutional mechanism will be set up so that states can approach it for resolution of any dispute before going to a tribunal.

The Bill seeks to amend the Inter-State River Water Disputes Act, 1956 to streamline the adjudication of inter-state river water disputes.

A key feature of the bill is the constitution of a single tribunal with different benches, and the setting of strict timelines for adjudication.

Benches will be set up under the single tribunal.

A retired Supreme Court judge will head the tribunal.

There will be benches formed as and when required.

The benches though will be wound up once a dispute is resolved, sources said.

The tribunal will be mandated to deliver final award in two years and it is proposed that whenever it gives the order, the verdict gets notified automatically.

As per the current provisions of the 1956 Act, a tribunal can be formed after a state government approaches the Union government with such a request and the Centre is convinced of the need to form the tribunal.

At present, there are nine Tribunals including those on Cauvery, Mahadayi, Ravi and Beas, Vansadhara and Krishna rivers.

Opposing the bill, Congress member Manish Tewari said the proposed legislation has no provision for consultation with states which is an "assault on the Constitution".

Tewari said the bill is "completely and absolutely flawed", saying matters pertaining to water is complex and it takes time for resolution of any dispute.

The Congress MP said the selection panel to be set up for choosing tribunal members would have no provision for inclusion of either leader of the opposition in Rajya Sabha or leader of the single largest party in Lok Sabha.

He also said the bill also provides for membership of a retired judge and domain experts instead of the current provision of only sitting judge and it "defeats the entire purpose" of the proposed legislation.

BJP member Satyapal Singh said there should be no doubt in anyone's mind that the central government wanted to hurt the federal structure of the country and the bill is the need of the hour.

The provision for making domain expert as members is a significant decision in the right direction, he said.

Singh said the timely resolution of river water dispute will bring development in the country.

DMK Dayanidhi Maran said post Independence most of the disputes between the states were due to water.

Maran said setting up of tribunal would not resolve the dispute unless the awards are binding on states.

He alleged that Karnataka has not abided by awards of the Cauvery river water tribunal and the state is in "direct contempt of court".

"We disbelieve tribunals. Tamil Nadu has been a sufferer for long. All (central) governments have been playing vote bank politics," he said.

Maran also said without nationalisation of rivers, the water disputes would not be resolved.

Trinamool Congress member Kalyan Banerjee claimed that there has been no consultations with states by the present government whenever it takes up an issue of concurrent list of the Constitution.

Banerjee suggested that judicial members of the tribunals should have weightage.

He also said primacy of the suggestion of the Chief Justice of India should be given while selecting members of tribunals.

A similar bill was brought to Lok Sabha in 2017.

The bill was then referred to the standing committee, but the draft law lapsed as the term of the 16th Lok Sabha had ended.