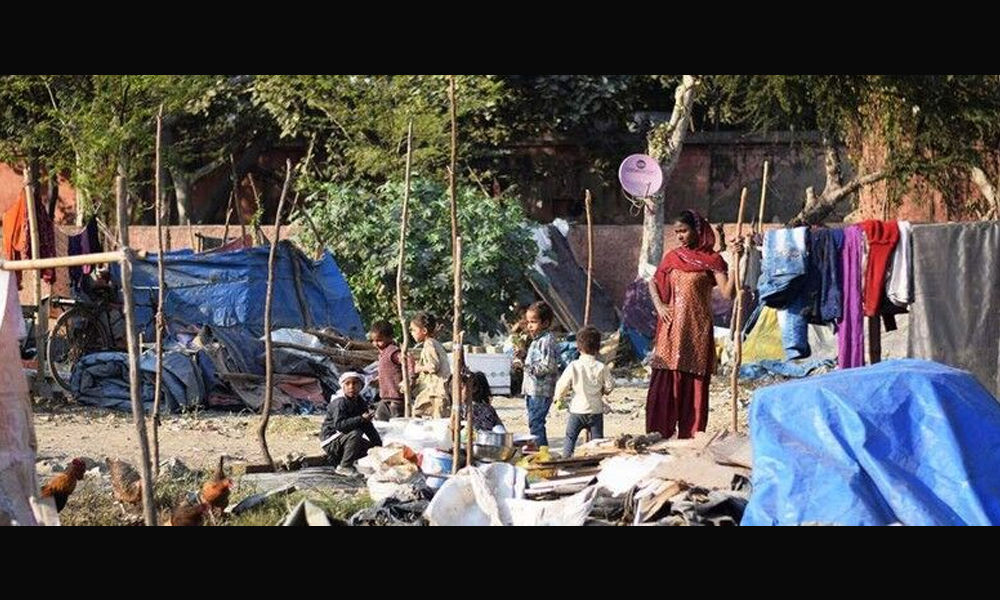 New Delhi: The Delhi High Court on Monday said forced and unannounced eviction of jhuggi (a slum dwelling typically made of mud and corrugated iron).

dwellers is contrary to law and the authorities should ensure that the displaced people are immediately rehabilitated.

The court said before carrying out an eviction drive, the authorities will have to conduct detailed survey, draw up a rehabilitation plan in consultation with the dwellers in the JJ bastis and jhuggis and ensure that after eviction they are immediately rehabilitated.

"Forced eviction of jhuggi dwellers, unannounced, in co-ordination with the other agencies, and without compliance with the above steps, would be contrary to the law...," a bench of justices S Muralidhar and Vibhu Bhakru said.

The bench observed that "the right to housing is a bundle of rights not limited to a bare shelter over one's head. It includes the right to livelihood, right to health, right to education and right to food, including right to clean drinking water, sewerage and transport facilities."

The court's order came on a 2015 plea by senior Congress leader Ajay Maken, who had sought that the Railway Ministry and Delhi Police be restrained from carrying out further demolition drive in Shakur Basti here, which allegedly left around 5,000 people homeless in chilly winter conditions and caused the death of a six-month-old girl in that year. Two dwellers of the JJ Basti were also impleaded as petitioners in the petition later.

The petitioners had contended that the demolition had taken place in violation of the law explained in various judgments of the Supreme Court and the Delhi High Court. It was submitted that the displaced persons were "completely helpless and exposed to the extreme cold weather".

As per the Delhi Slum and JJ Rehabilitation and Relocation Policy, 2015, the JJ clusters which have come up before January 1, 2006 shall not be removed without providing them alternative housing.

The jhuggis which have come up in such JJ clusters before February 14, 2015 shall not be demolished without providing alternate housing, the policy had stated.

The bench, in its 104-page judgment, said the key elements of the 2015 Policy, which are in conformity with the decisions of the Supreme Court and the high court, would apply across the board to all bastis and jhuggis across the NCT of Delhi.

The court said the apex court and the high court in various judgments discouraged a narrow view of the dweller in a JJ basti or jhuggi as an illegal occupant without rights.

"They (SC and HC decisions) acknowledge that the right to adequate housing is a right to access several facets that preserve the capability of a person to enjoy the freedom to live in the city.

They recognise such persons as rights bearers, whose full panoply of constitutional guarantees require recognition, protection and enforcement. That is the running theme of the Delhi Urban Shelter Improvement Board (DUSIB) Act and the 2015 Policy," it said.

The bench said once a JJ basti/ cluster is eligible for rehabilitation, the agencies should cease viewing the JJ dwellers therein as 'illegal encroachers'.

"The decisions of the Supreme Court on the right to shelter and the decision of this court... require a court approached by persons complaining against forced eviction not to view them as 'encroachers' and illegal occupants of land, whether public or private, but to require the agencies to first determine if the dwellers are eligible for rehabilitation in terms of the extant law and policy." it said.