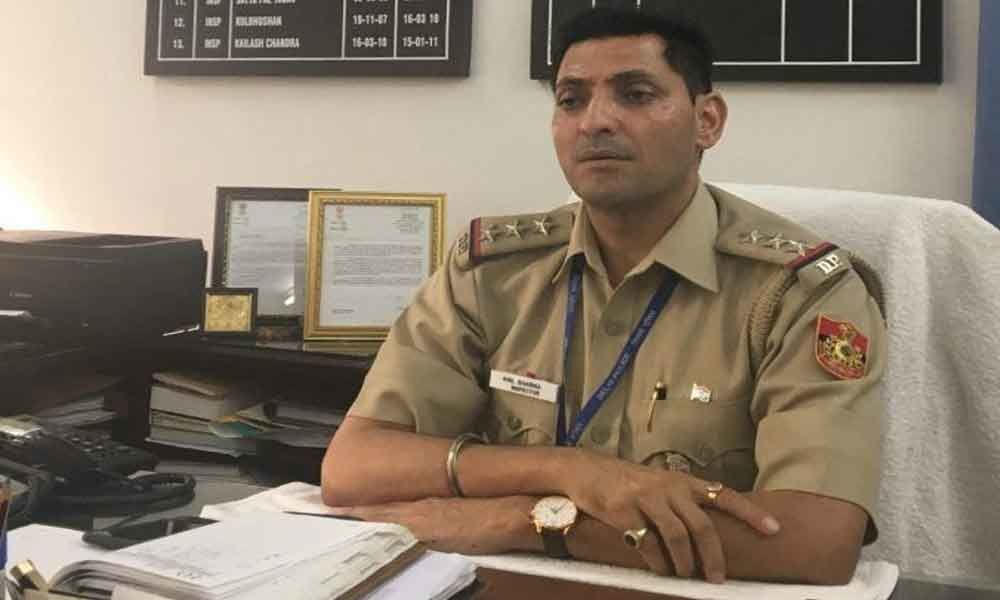 While Netflix series 'Delhi Crime' has got rave reviews for its sensitive portrayal of the Nirbhaya gangrape case, Inspector Anil Sharma is upset with the makers and is planning to take the legal route against them for the depiction of a character based on him.

New Delhi: While Netflix series 'Delhi Crime' has got rave reviews for its sensitive portrayal of the Nirbhaya gangrape case, Inspector Anil Sharma is upset with the makers and is planning to take the legal route against them for the depiction of a character based on him. Sharma was the SHO of the Vasant Vihar police station where the case was registered in 2012 which had led to an outrage across the nation.

The police officer said he regularly met the victim when she was admitted in a hospital in the national capital and spent time with her. He said had not missed a single hearing in the case and is still in touch with the victim's family whom he describes an extended family.

Sharma, who hasn't watched the series yet, claimed its director Richie Mehta has apologised to him, but he felt that the character's portrayal has hurt him. In an interview to PTI earlier, Mehta had said the show dramatises the incident and includes back stories of the police personnel, the condition of the force, their power struggle with the bureaucracy and managing the scoop-hungry media.

The series depicts the Vasant Vihar SHO's character as an officer who is not trusted by his seniors and tries to shirk work, even when the team is racing against time to nab the culprits.

Later in the series, the character, christened Vinod, becomes more responsible and even makes a suggestion to his DCP to go in for orthodontics technique, which was used for the first time in any case and helped nail the accused. The technique matched the bite marks on the victim's body with the teeth marks of the accused using dental casts.

The police officer said he is planning to initiate legal proceedings against themakers of the series. Sharma, currently posted as the SHO of the Lodhi Colony police station, told PTI that he had faced three inquiry commissions in the case and none of them found any laxity on the part of the police station.

"They, in fact, praised us. Even the courts praised the police's efforts. The series has maligned my reputation and I am considering whether I can go to court against them," he said. "My seniors are also upset. During one of our crime review meetings, my senior discussed the portrayal of my character and encouraged me to not be affected by it," he said.

In an episode, Sharma's character tells his DCP, portrayed by Shefali Shah, that he wants to go to the gym to unwind, even as the police teams are looking for the accused. "I am a national-level athlete and I have never gone to the gym. If I would have thought so, my juniors would have not put in efforts thinking that when the seniors are like this, why should we be bothered," he said.

He said when the case was under investigation, they had done what could be called the "mother of all arrangements". "Students used to be sitting right outside the police station and we used to escort the accused to court through the rear of the police station, crossing a drain, slum cluster, through PVR Priya, all while ensuring that they are not lynched by the angry public.

Apart from this, I also had the job of collecting evidence in the case, handling her friend who was also with her in the bus," he said. Sharma, who was also managing other cases at the time, said he used to visit the victim and forged a bond with her. "I used to regularly spend time with her. I had even told her O Henry's popular story 'The Last Leaf' as her story was similar to it," he said. The officer recalled how they had spoken about celebrating New Year and Christmas together. The woman passed away on December 29, 2012 in Singapore during treatment.

"During the trial, I lost my elder brother and father. While I was bathing my brother's body for last rites, I got a call from a senior officer about the case, I immediately got up and attended it without telling him about the tragedy. That has been my level of dedication," he said. Sharma said the director of the series had met him when he was posted as the SHO of Chandni Mahal police station and after that he did not hear from him.