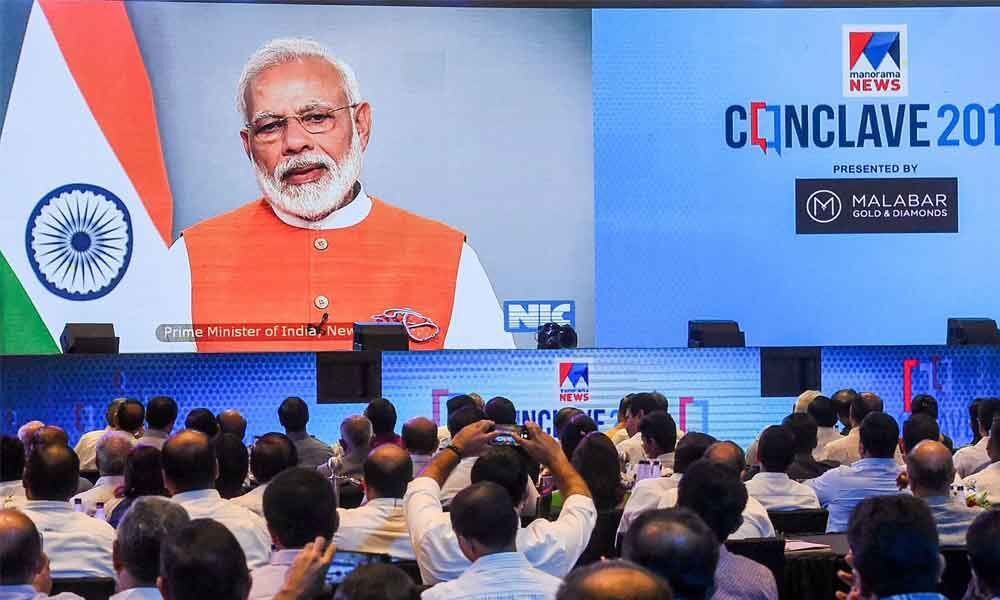 New Delhi: Taking a leaf out of former US President Barack Obama's famous "Yes we can" speech, Prime Minister Narendra Modi on Friday hailed the "new India" where people say: "We will" rather than asking "Will we?".

"Five years ago, people would ask will we ever be able to be free of dirt? Will we ever remove policy paralysis? Will we ever eliminate corruption? Today people say: 'We will', instead of asking 'Will we?'.

We will be a Swachh Bharat, we will be a nation free from corruption, we will make good governance a mass movement, the word 'will' that earlier reflected a pessimistic system now reflects an optimistic spirit of a youthful nation," Modi said in his video address to a news conclave.

He emphasised that the essence of the new India is how "We the people of India" have risen above self-interest and look at society's interest, and a manifestation of sacrifice that would have made Mahatma Gandhi proud.

"Why else would the poorest of the poor deposit over Rs one lakh crore in Jan Dhan accounts despite this being a zero balance account. Why else would our middle class give up their own gas subsidy?

Why else would they give up their railway concessions in just one request? Maybe this is the manifestation of what was spoken a century ago by Gandhiji.

Today there is a sincere desire to not only be a spectator of India's transformation, but also to play their own part in it. No wonder, even the number of taxpayers has risen," he said.