Have knocked out BJP in first round of Lok Sabha polls itself: Akhilesh Yadav 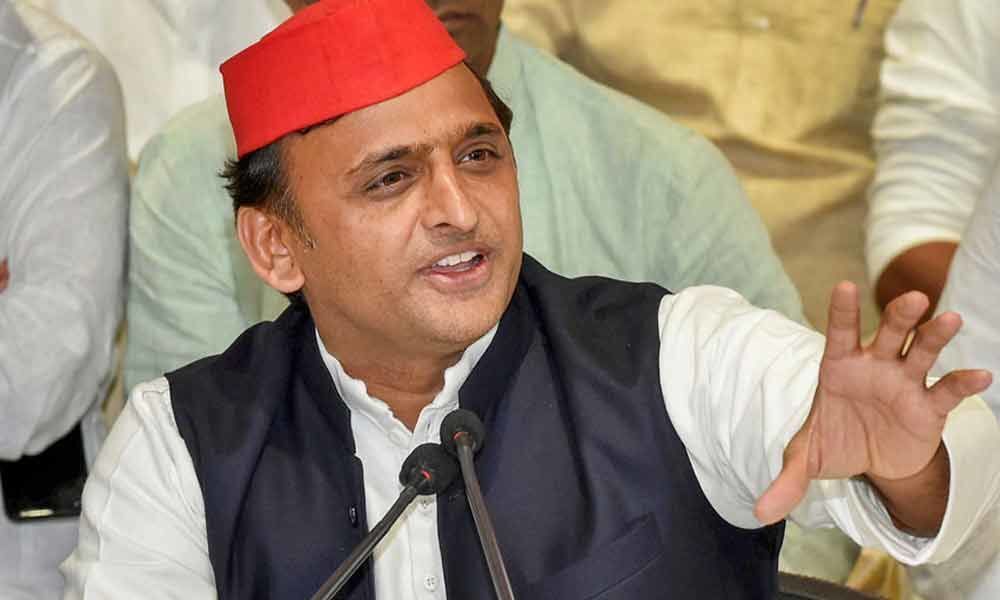 Samajwadi Party (SP) president and former UP Chief Minister Akhilesh Yadav on Thursday claimed to have knocked out the BJP in the first round of Lok Sabha polls itself.

Amroha: Samajwadi Party (SP) president and former UP Chief Minister Akhilesh Yadav on Thursday claimed to have knocked out the BJP in the first round of Lok Sabha polls itself.

"Baba Chief Minister says we have improved the law-and-order situation through encounters," Akhilesh said while asserting that killing of Sumit Gujjar was wrong.

The former Chief Minister further said that the grand-alliance wanted to give a new Prime Minister to the country.

"We have the votes. They (BJP) have notes (cash). So, make those who have votes win," the former Chief Minister said.

As the former Chief Minister finished his speech, the crowd created a ruckus at the venue. Police resorted to mild lathi-charge to control the crowd which injured a journalist.

Condemning the entire incident, Akhilesh said, "Proper security arrangements were not put in place for us while there is so much security for the Prime Minister. If proper police force would have been deployed, then this would not have happened."

The Lok Sabha elections for the 80 seats of Uttar Pradesh are scheduled to be conducted in all seven phases beginning April 11. The results will be announced on May 23.