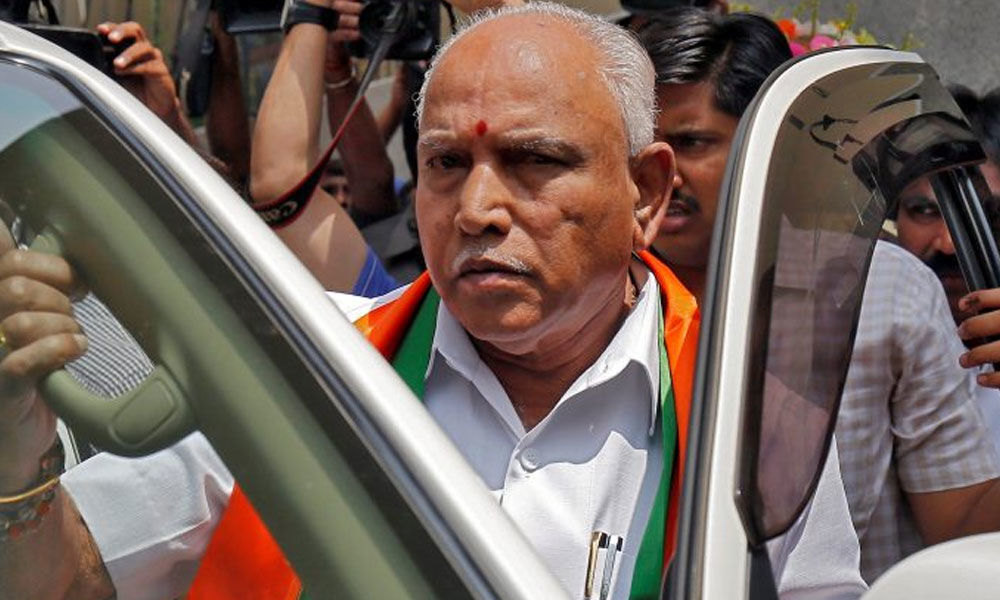 The Income Tax Department Saturday dismissed as a "forgery document" and a "set of loose papers", the 'Yeddyurappa diary' about alleged bribe payment to top BJP brass that has created a political furore.

BENGALURU: The Income Tax Department Saturday dismissed as a "forgery document" and a "set of loose papers", the 'Yeddyurappa diary' about alleged bribe payment to top BJP brass that has created a political furore.

The Congress, citing a media report, had Friday demanded a Lokpal probe into the charge that the state BJP chief had paid Rs 1,800 crore as bribe to the party top brass, which Yeddyurappa had dismissed as "atrocious and malicious."

"Our conclusion after studying it was that it is a forgery document. It is a set of loose papers," principal chief Income Tax Commissioner of Karnataka-Goa Region B R Balakrishnan told reporters adding that there was an attempt to just make use of the diary to influence some other investigation, which they have not succumbed to. They have done our job in this case as well.

The documents, which were photocopies, were seized from Karnataka water resource minister D K Shivakumar's residence during a raid carried out by the Income Tax department on August 2, 2017, he said. The papers were sent to the forensic science laboratory in Hyderabad, which returned it saying that they need the original papers, Balakrishnan added.

He said that whatever came out in the magazine (Caravan) which broke the story was not part of the Income Tax department's seized material.

Balakrishnan stated that in view of various Supreme Court decisions on admissible evidence, "this particular diary has no evidentiary value." Congress chief spokesperson Randeep Singh Surjewala had said at a press conference in New Delhi that Prime Minister Narendra Modi should come forward and clarify on the matter.

Yeddyurappa had said that all issues raised by Congress leaders are irrelevant and false. "The issue is a closed chapter," he had said, adding that he was consulting legal experts on the issue and thinking about filing a defamation case.

Meanwhile, the state BJP demanded that the Congress leaders apologise after Balakrishnan dubbed the alleged diary as loose sheets of papers and a forgery document.

"Congress leaders who levelled false allegations against BJP and its leaders stand exposed in public. If Congress leaders have left any sensibility in them and respect for public sentiments, they should immediately apologise," the party said.

Regarding the outcome of raids at a Karnataka minister's residence, (apparently referring to Shivakumar), Balakrishnan, without mentioning his name, said the process to confiscate the Benami property worth Rs 75 crore has been initiated.

"The immediate consequence of a Benami transaction is that you lose the property. The prosecution is a different thing. We will think about that," Balakrishnan added.

Balakrishnan, who called the press conference to give details about the IT department's achievements in the Karnataka-Goa region in the last one year, said the region showed a collection of Rs 1.11 lakh crore.

It carried out more than 300 surveys, resulting in detection of undisclosed income of Rs 911 crore, he said.