I-T raids not part of 'political vendetta', happening as per law: PM Modi 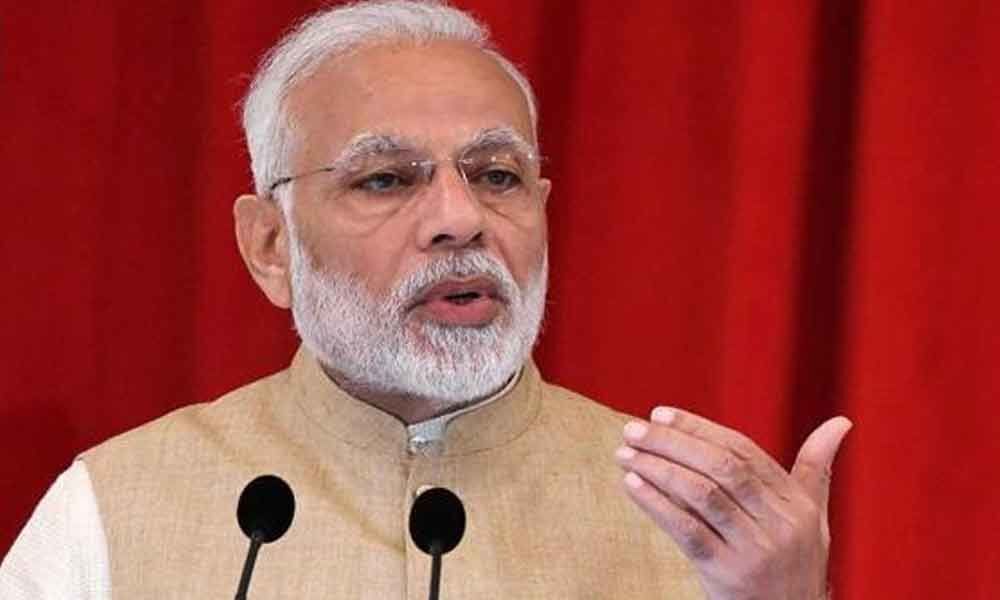 Prime Minister Narendra Modi on Saturday said the recent Income Tax raids on certain politicians were not part of "political vendetta" and things were happening as per the law.

New Delhi: Prime Minister Narendra Modi on Saturday said the recent Income Tax raids on certain politicians were not part of "political vendetta" and things were happening as per the law.

PM Modi also defended the decision to field Malegaon blast accused Sadhvi Pragya Singh Thakur from the Bhopal Lok Sabha seat, saying she is a "symbol" for those who described Hindus as terrorists. She will give a tough fight to the Congress there, he said.

"The decision (to field Thakur) is a befitting reply to individuals who linked a whole religion and culture to terror," the prime minister said taking a jibe at the Congress over saffron terror remarks.

PM Modi said the Income Tax raids were happening as per the law and were not part of any "political vendetta".

He said the raids have all yielded proof of corruption, including siphoning of money from schemes meant for the most vulnerable sections of the society like children and expectant mothers.

Responding to a question on loan defaulters Vijay Mallya, Nirav Modi and Mehul Choksi escaping the country, PM Modi said when they realised that under the present government, they will have to return the loan; they escaped taking benefit of the system.

"Why aren't the critics talking about the fact that some have lost their cases on extradition while others are rotting in jail," he said.

He asserted that the BJP will return to power with greater numbers and said even the NDA allies would do better than 2014 polls. It will be a complete majority, PM Modi said.