In his first after abrogation of Art 370, Army chief to visit Srinagar today 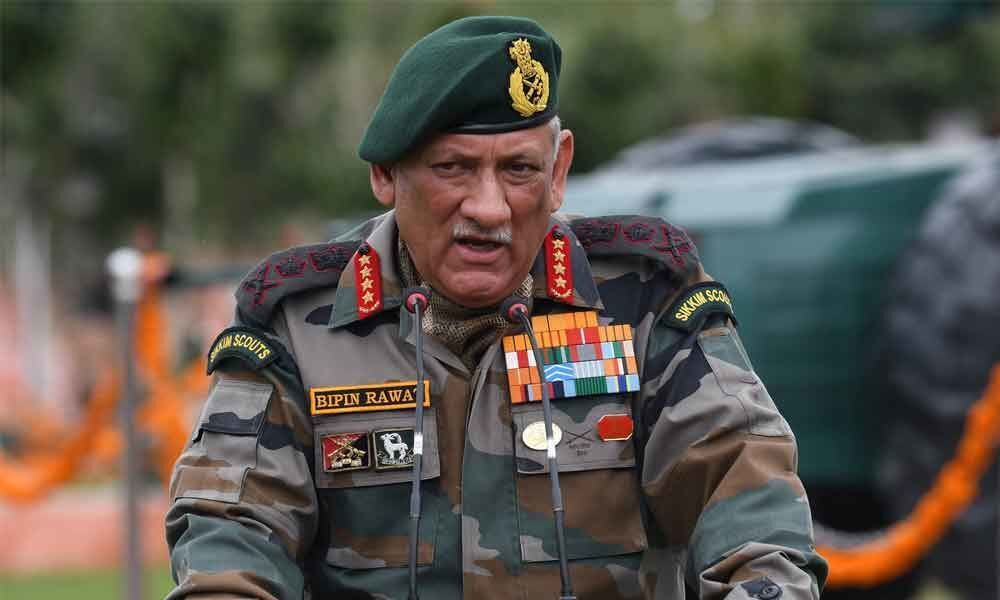 During his visit, Rawat will review the security situation and preparedness of security forces in the Kashmir valley.

Srinagar: Army Chief General Bipin Rawat is all set to visit Srinagar for the first time since the revocation of Article 370 in Jammu and Kashmir.

During his visit, Rawat will review the security situation and preparedness of security forces in the Kashmir valley.

It is worth mentioning that the Army Chief's visit comes at a time when Jammu and Kashmir governor Satya Pal Malik and Ministry of External Affairs were stressing that normalcy is returning to the Valley.

On Wednesday, Malik had said that there have been no civilian casualties in Kashmir after the abrogation of Article 370.

"We managed to keep things under control during Panchayat elections, Lok Sabha elections and even now. Every Kashmiri life is valuable to us, we don't want the loss of even a single life. There has been no civilian casualty, only the few who got violent are injured," he said in a press conference here.

He had announced that the government will open 50 new colleges in the region to enhance educational facilities in the Valley.

Security was beefed up in the region after the abrogation of Article 370 and bifurcation of the state into two Union Territories -- Jammu and Kashmir, and Ladakh on August 5.