India may not have elections if Modi re-elected, may go China way: Ashok Gehlot 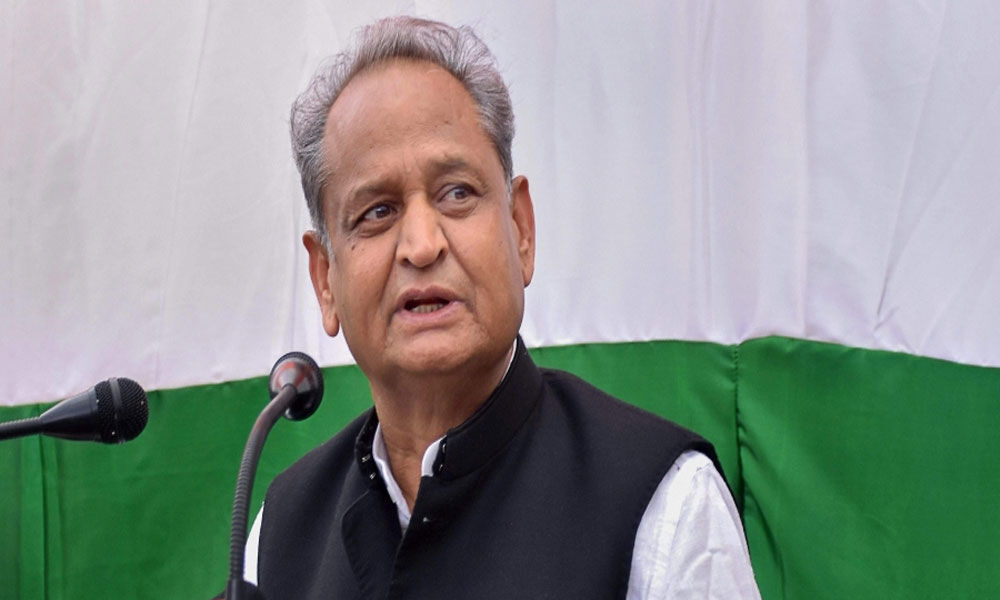 Gehlot also said both democracy and the country were in danger under Modi, who he said would 'do anything' to get back to power.

New Delhi: India may not see another election if Narendra Modi is re-elected as prime minister, Rajasthan Chief Minister and senior Congress leader Ashok Gehlot has claimed, suggesting that the country may go the way of China and Russia.

Gehlot also said both democracy and the country were in danger under Modi, who he said would "do anything" to get back to power. People felt he could even go to war with Pakistan to achieve this goal, the Congress leader said.

Dubbing Modi a "good actor", Gehlot said he could do much better in Bollywood and would have left his indelible mark in acting. He also alleged that he was a "master in marketing false promises".

He was suggesting that polls will be held on the lines of those in China and Russia, where only one party rules and who becomes the president or the prime minister is decided beforehand.

His remarks come in the wake of a fierce battle emerging between the opposition Congress and the ruling BJP ahead of Lok Sabha elections starting April 11. The Congress and the BJP are locked in a war of words while trying to win this crucial election.

"This man can do anything to win elections...People felt he could even go to war with Pakistan, which is not a good thing....The personality of Modi ji that has emerged before the country is that he can go to any extent before and after elections...to win elections," Gehlot said while attacking Modi and added that "none including Amit Shah know what is in his mind".

Taking a swipe at what he termed Modi's "acting skills", the senior Congress leader said, "If Modi ji was in Bollywood, maybe he would have left a different mark in the country and abroad, with his mastery in acting, oratory skills and antics."

Claiming that the "truth is on our side", Gehlot said truth shall finally emerge victorious. He asserted that people in the country are far wiser as they can differentiate between falsehood and truth and public conscience will side with the truth, which is on their side.

The veteran Congress leader also accused the prime minister of misusing Indian embassies in garnering the support of NRIs outside the country during his visits abroad. The reference was to the prime minister's public events during his visits abroad. Gehlot alleged that they were organised with the active support of Indian embassies that drew widespread support from the NRI community. There should be tolerance in a democracy, he said, alleging that BJP leaders have "no tolerance as they don't want anyone from the opposition to question them".

"It is not in their DNA," he said. The Rajasthan chief minister hit out at Modi over his style of functioning and said he has focussed on targeting opposition leaders by misusing agencies instead of governance during his rule and that is why he had "no result to show".

Gehlot, who has held several key positions in the Congress during his almost five-decade political career, also attacked Modi over the use of language, saying it did not behove one who held the top post of the country's prime minister.

He accused Modi of having "failed" to fulfil the promises made to people before assuming power. He also targeted the RSS, BJP's ideological fountainhead, dubbing it an "extra-constitutional" authority that was trying to impose its people on every institution in the country.