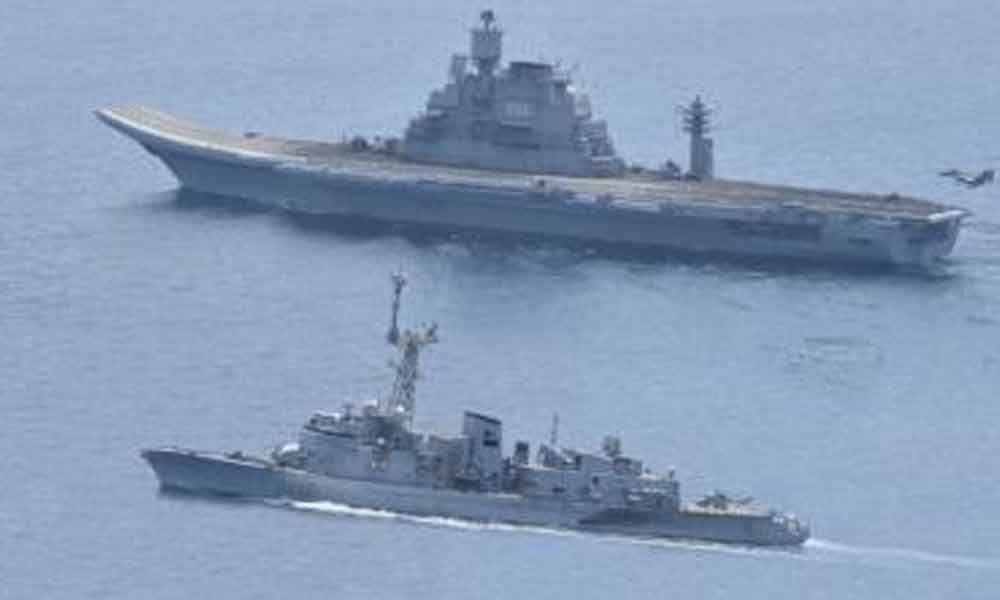 The second part of the naval exercise, Varuna 19.2, is scheduled to be held at the end of May in Djibouti.

Dignitaries from both the navies visited the French carrier task force and were briefed on the conduct of the exercise. An impressive flypast consisting of four Rafale, five MiG 29-Ks and one Hawkeye was witnessed by Vice Admiral (VAdm) P Ajit Kumar, Flag Officer Commanding-in-Chief Western Naval Command, Alexandre Ziegler, the French Ambassador to India and nine French Navy dignitaries onboard the French Carrier Charles De Gaulle.

Later in the day, a brief was held between the planning staff of both Task Forces to review the conduct of the exercise and identify areas for improvement. The exercise concluded with Indian and French naval helicopters carrying out extensive cross-deck operations for personnel transfer.

The 10-day exercise which began on May 01 included the participation of the French Navy's aircraft carrier FNS Charles de Gaulle, two destroyers, FNS Forbin and FNS Provence, the frigate FNS Latouche-Treville, the tanker FNS Marne and a nuclear submarine.

The second part of the naval exercise, Varuna 19.2, is scheduled to be held at the end of May in Djibouti.

The bilateral naval exercise initiated in 1983 and christened as 'Varuna' in 2001, form a vital part of the Indo-French strategic partnership.

The Varuna exercise aims at developing interoperability between the two navies and fostering mutual cooperation by learning from each other's best practices to conduct joint operations.