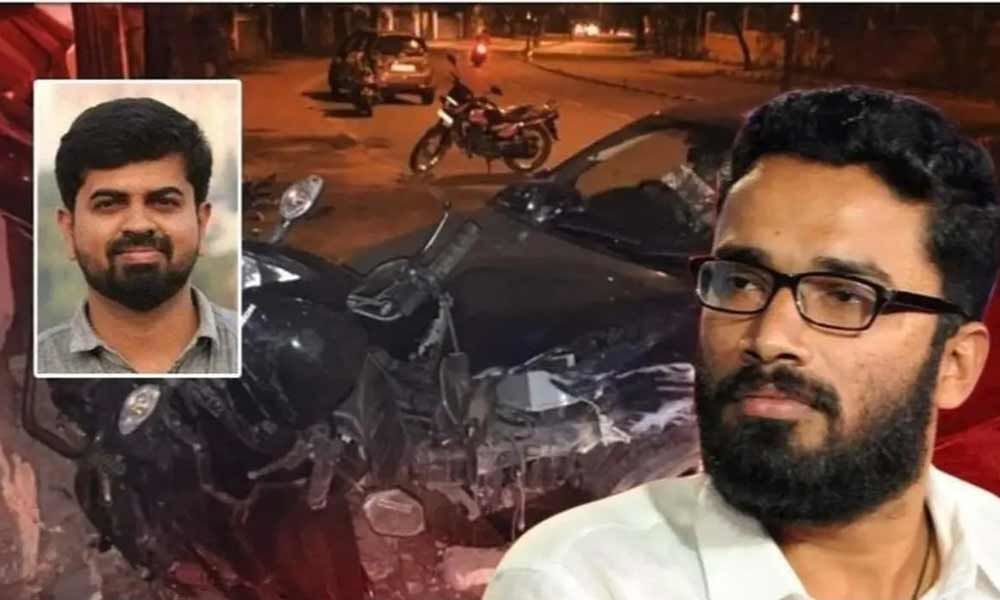 The driving license of IAS officer Sriram Venkitaraman was suspended on Monday by the state Motor Vehicles Department, two weeks after a car driven by him had hit and killed a journalist here.

Thiruvananthapuram: The driving license of IAS officer Sriram Venkitaraman was suspended on Monday by the state Motor Vehicles Department, two weeks after a car driven by him had hit and killed a journalist here. The Regional Transport Officer (RTO) here suspended the license for one year in the wake of the accident, in which journalist KM Basheer had died at the spot after being hit by the luxury car driven by the officer allegedly in an inebriated condition.

Thirty-two-year-old Venkitaraman, who was placed under suspension, was arrested and later let off after a magistrate court here granted him conditional bail. There had been widespread protests over the delay in suspending his license though the MV department officials had said necessary action would be taken at the earliest. "The vehicle license of the officer is suspended for one year. Under the relevant sections of the MV Act, he can appeal within 30 days," SR Shaji, RTO, Thiruvananthapuram, told PTI.

Venkitaraman was arrested on August 3, hours after the car driven by him allegedly in an inebriated condition while returning from a private party knocked down Basheer. Basheer,35, the Thiruvananthapuram bureau chief of Malayalam daily "Siraj", was returning home from work when the incident took place.

Though the official was later remanded to 14 days judicial custody, the Judicial Magistrate's (First Class) court here granted him bail after perusing the chemical examination report of his blood samples, which was found negative for alcohol content and the police case diary. The Kerala High Court had dismissed the state government's plea seeking cancellation of the bail granted to the officer. The government had suspended the officer, who was serving as the survey director and a Special Investigation Team was also constituted to probe the case.