Kamal Haasan asks party cadre to maintain decorum, not to be drawn into violence 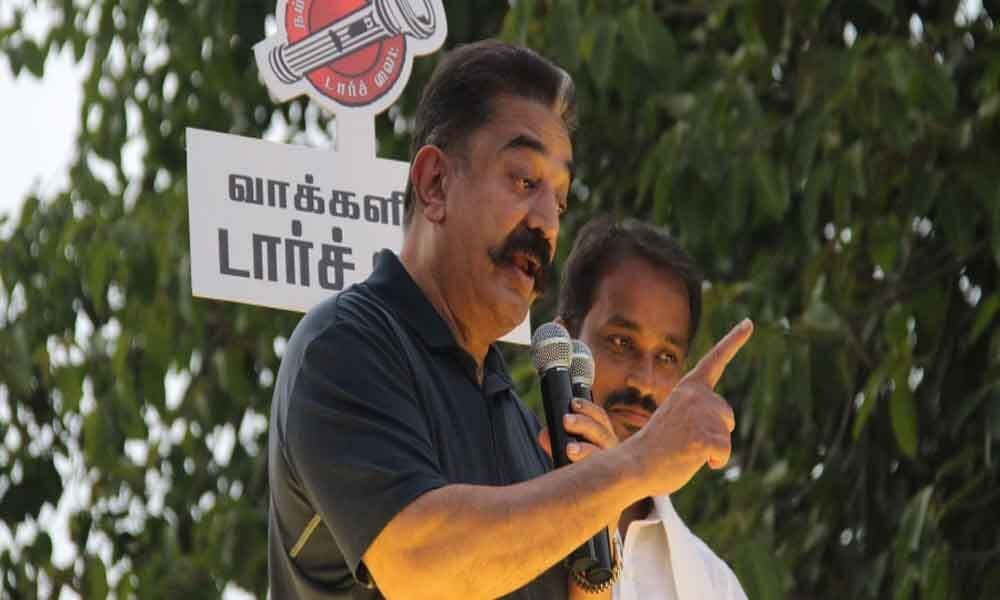 They are extremists who are slighted by the Truth. Naalai Namadhey! (Tomorrow belongs to us),' he added.

Chennai: Amid incidents such as hurling of stones and footwear during his bypoll campaign, Makkal Needhi Maiam (MNM) founder Kamal Haasan Thursday asked his fans to maintain decorum and "not to be drawn into the violence".

Haasan had stoked a controversy on Sunday by saying "free India's first extremist was a Hindu", referring to Nathuram Godse who killed Mahatma Gandhi.

"Dear MNM family and fans, this is an acid test for our decorum and demeanour. Do not listen to their noises and be drawn into their violence," he said in a tweet. "They are extremists who are slighted by the Truth. Naalai Namadhey! (Tomorrow belongs to us)," he added.

While footwear was thrown during the actor's bypoll campaign at Thirupparankundram in Madurai on Wednesday, stones and eggs were hurled during a public meeting on Thursday at Aravakurichi in Karur district by unidentified persons.

MNM workers had allegedly beaten up the persons suspected to have thrown stones and eggs.