Locked out of power, MGP still holds the key to BJP's success in Goa 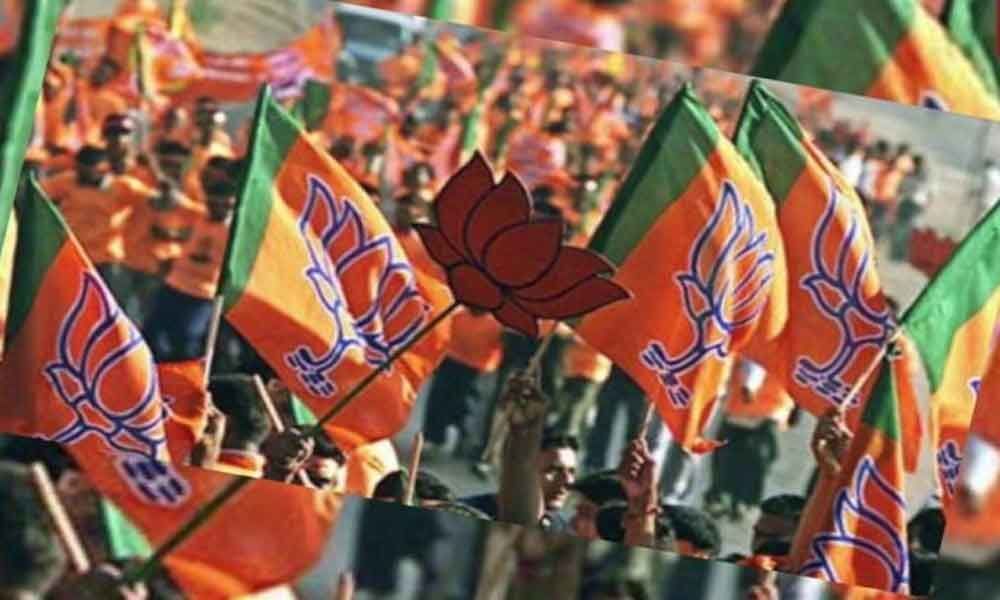 Humiliated, broken and pushed into a corner, the one political party in Goa which could prove to be a dark horse in the upcoming Lok Sabha elections, is the one which isn't even contesting the polls.

Panaji:Humiliated, broken and pushed into a corner, the one political party in Goa which could prove to be a dark horse in the upcoming Lok Sabha elections, is the one which isn't even contesting the polls.

For the last two decades, the Maharashtrwadi Gomantak Party (MGP), has been a case of classic political contradiction.

Launched by Goa's first Chief Minister, Dayanand Bandodkar, with the philosophy of merging the newly liberated state into neighbouring Maharashtra, the MGP still holds currency in the now full-fledged state.

The party's stated objective is uplifting the state's teeming bahujan samaj - Goa's collective of non-Brahmin castes - but is run with a vice-like grip by the Dhavalikar brothers, Sudin and Deepak, both of whom are Brahmins.

In the current political context, despite last month's midnight raid by the BJP on its MLAs, the subsequent split in the legislative unit and humiliation of its Deputy Chief Minister Sudin Dhavalikar being unceremoniously dropped from the cabinet, the party's leadership isn't exactly fuming, in a way conventional politicians would, to save face.

It is the refusal of MGP's 'promoters', the Dhavalikar brothers, to commit to a electoral position which is pro or anti BJP, despite being cut down to size and more by their senior alliance partner, which has made the BJP nervous.

For a ruling party without its guardian angel (and battering ram) in Manohar Parrikar, who died last month, and facing possible backlash from minorities and a likely rebuff from the disgruntled workforce of the banned mining industry, the BJP may have just committed harakiri by knocking the MGP from its political bed.

"The BJP has committed political harakiri by taking on the MGP. For momentary gain, it has lost a lot. Parrikar would have never done this, had he been alive. Even in 2012, when Parrikar won a majority, there was pressure on him to dump the MGP but he did not," Rajendra Dessai (eds: correct), a political commentator and editor of Dainik Herald, a local Marathi newspaper, told IANS.

"Even now, until Parrikar was alive he did not allow the MGP to be messed around with. It is only after his death that this move materialised," Dessai added.

It is not that the MGP has not had other bedfellows in the past. The Dhavalikar brothers have been in power for nearly two decades, aligning with both the Congress and the BJP, with few brief periods when they were temporarily out of power.

But the BJP's worry is the Hindu conservative vote-base, which it shares with the MGP.

In fact, the foundation for the rise of the BJP in Goa lies on the shoulders of MGP workers and wellwishers, many of whom were eventually were weaned away from the party by the near-hypnotic charms of the Ram mandir movement in the 1990s.

For now, Chief Minister Pramod Sawant is confident that the MGP will support the BJP for the upcoming Lok Sabha elections and three assembly bypolls, because of its decision against contesting the Lok Sabha polls - calling Sudin Dhavalikar "a visionary leader".

But in terms of realpolitiks, the MGP's decision to stay away from the Lok Sabha polls does not necessarily translate into support for the BJP as yet, because the MGP has resolved to formally take a call on its support to the government as well as its role in the Lok Sabha polls only on Sunday, one day before the deadline for withdrawal of nominations.

"The decision on whether to support the BJP governmentA and our role in the general election will be taken on April 7," Dhavalikar has said.

The Dhavalikar brothers are known to be fans of palmistry, but in the current political context,Athey appear to have clenched their palms into undecipherable fists.