Mika Singh post banned for performing in Pakistan, apologizes to FWICE and fans 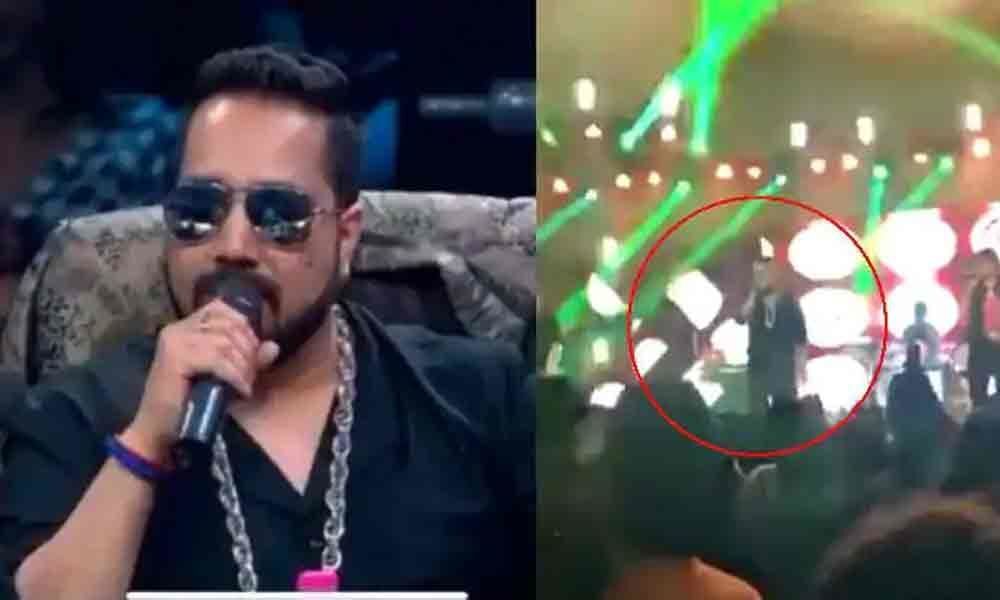 A performance by famous singer Mika Singh was recently banned by film body for performing at the wedding of a billionaires daughter, Apparently...

A performance by famous singer Mika Singh was recently banned by film body for performing at the wedding of a billionaires daughter, Apparently close to Pakistan President General Pervez Musharraf, has caused a furore, in the midst of stressed ties between the two nations. Presently, he has thought of a statement of regret to the country which he made while tending to the media.

He stated, ''It wasn't that I was resolved on performing there, it was an incident that I went there and Article 370 occurred. In the event that I committed a mistake , I apologize to the federation and the country''.

This all started after Mika's videos and pictures from the 'Mika Singh Night' have gone viral on the internet because of which the singer confronted a shock and anxiety by his fans in India who have even recommended that he ought not return.

One of the Twitteratis stated, "Shame on you traitor ." "Mika Singh Paaji we Indians gave you so much love... Furthermore, in a circumstance like that when Pak restricted all exchange ties with us, sending fear mongers over the outskirt, our pressures are intense at the present time. For what reason did you go to Pakistan for a show? Hardly any bucks are greater than India? " another client tweeted.

Following this, the All India Cine Workers Association has additionally issued an official proclamation forbidding vocalist Mika Singh for his exhibition in Karachi. The association has expressed that since Mika Singh did not think much about the nation's pride and proceeded to perform in Karachi, he will be restricted and boycotted. The announcement further expressed that in the event that anybody in India works with Mika Singh, they will confront legitimate results in the official courtroom.

On 5 August, 2019, India disavowed Article 370 of the Constitution and chose to bifurcate the State of Jammu and Kashmir into two Union Territories, a move which drew a sharp response from Pakistan. Pakistan minimized its discretionary ties and snapped exchange relations with India, other than suspending the Samjhauta Express benefits between the two nations.

As per a report in Daily Jang paper, Mika, 42, landed in Karachi with his troupe to perform at the wedding service of the powerful tycoon's little girl who is said to be near Musharraf. Mika allegedly performed on August 8 at the function and his essence in the city became known when a few visitors transferred recordings of his presentation via web-based networking media.