Modi lashes out at Mamata Banerjee, says she lost her sleep just after two phases of polling 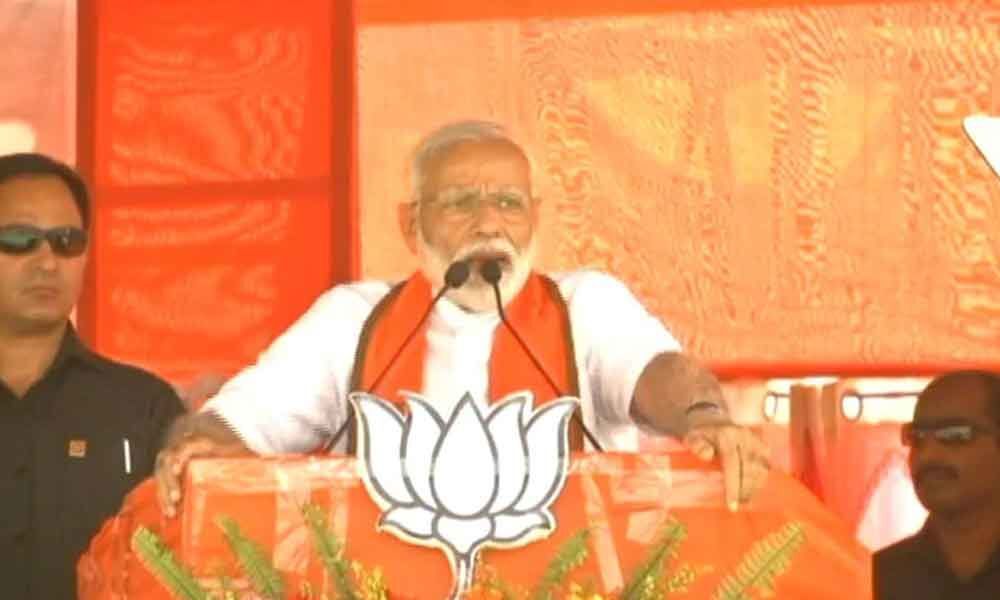 He further criticized Banerjee for permitting people from the "neighboring countries" to campaign for the Trinamool Congress in the state.

Modi alleged the Chief Minister of misleading the people in the name of ' ma, mati and manush' (mother, land and people) as he was addressing an election rally at Buniadpur in South Dinajpur district.

"Speedbreaker didi has lost her sleep after the reports that came in post the first and second phase of polling in the state," the Prime Minister told a well-attended rally.

He further lashed Banerjee for permitting people from the "neighboring countries" to campaign for the Trinamool Congress in the state.

"It is shameful that people from neighboring country are campaigning for the TMC. This was done by the party to appease the minority community," Modi added.

The Prime Minister in turn asked Banerjee to collect evidence against those behind chit fund scams as he criticized her for seeking proof of the Balakot air strikes in Pakistan.