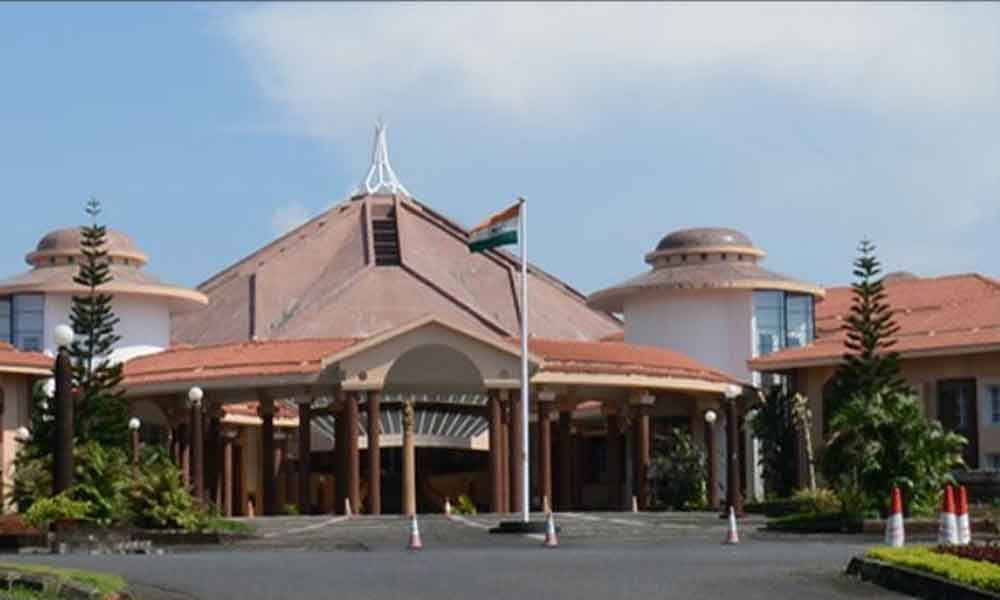 The monsoon session of the Goa Assembly will begin from Monday, after the week which saw significant political developments with 10 Congress MLAs joining the ruling BJP.

Panaji: The monsoon session of the Goa Assembly will begin from Monday, after the week which saw significant political developments with 10 Congress MLAs joining the ruling BJP.

Four of these MLAs were inducted into the state cabinet by Chief Minister Pramod Sawant on Saturday.

Incidentally, several questions to be asked during the session were submitted by the MLAs who quit the Congress on Wednesday and joined the BJP.

Speaker Rajesh Patnekar told reporters here that the questions raised by the MLAs who have been now sworn in as ministers would be withdrawn.

The election for the deputy speaker's post, which has fallen vacant after the resignation of Michael Lobo, will also be held during the session, Patnekar said.

After the 10 Congress MLAs in Goa joined the BJP, Sawant Saturday reshuffled his cabinet, dropping three members of the ally Goa Forward Party (GFP) and an Independent legislator as ministers.

Lobo and three of these 10 MLAs -- Chandrakant Kavlekar, Jeniffer Monserratte, Philip Neri Rodrigues -- were sworn in as new ministers.

Patnekar said the House has received total 2,328 questions, including 725 starred and 1,603 unstarred.

He said the lawmakers still have time till July 17 to submit their questions.

The session will conclude on August 9.

With the latest political developments, the strength of BJP in the 40-member House has gone up to 27.

The GFP, which has three legislators in the House, and Independent MLA Rohan Khaunte withdrew their support to the BJP-led state government on Saturday after being dropped from the cabinet.

The Congress, which emerged as the single-largest party after the 2017 Assembly polls in the state, is now reduced to five legislators in the House.