More like a friendly aunt than a haughty politician 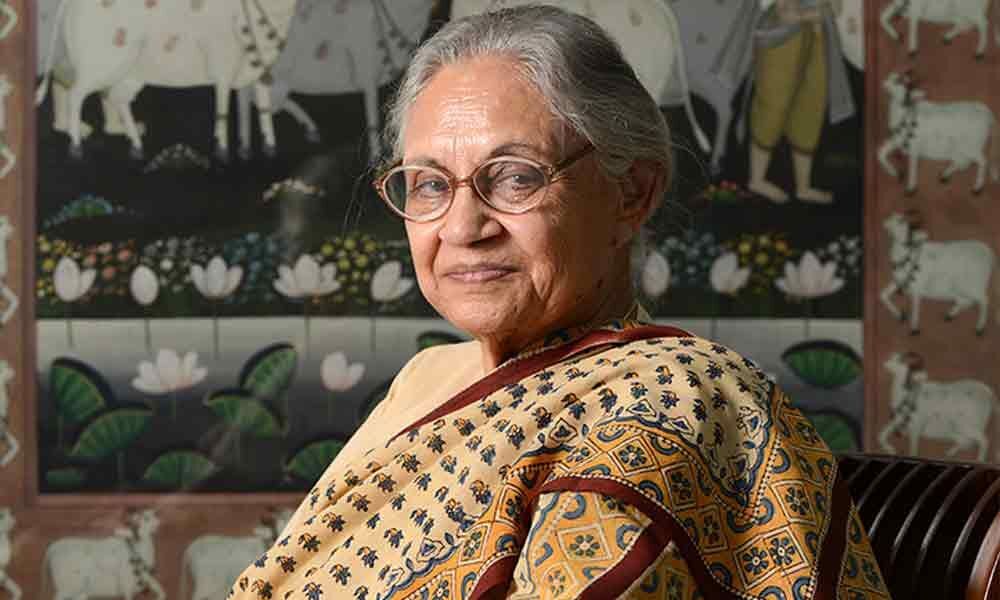 Affable, courteous and always smiling, Sheila Dikshit came across more as a friendly neighbourhood aunt than a quintessential haughty politician.

Affable, courteous and always smiling, Sheila Dikshit came across more as a friendly neighbourhood aunt than a quintessential haughty politician.

A chirpy Miranda House girl who loved car rides married into a political family and her fortunes changed forever.

Daughter-in-law of Uttar Pradesh leader Uma Shankar Dikshit, she was first noticed by the then Prime Minister Indira Gandhi, and later became a "family" loyalist after she worked closely with Rajiv Gandhi.

Born in Punjab, raised in Delhi and honing her political skills in Uttar Pradesh, the national capital became her work space.

It has been six years since she was voted out of power but there is broad consensus -- even her political opponents will not disagree -- that she was the force behind the transformation of Delhi.

Despite being a small state, governing Delhi is a complex affair because of the multiplicity of authorities. Cutting through this maze of layers without friction, she managed to deliver, bringing in an infrastructure revolution in the city by building roads and fly-overs.

She achieved what she did with dignity and earned respect from the opponents. As she is no more now, Bharatiya Janata Party (BJP) veteran Vijay Kumar Malhotra described her as his sister while BJP MP Manoj Tiwari, who defeated her in the 2019 Lok Sabha elections, said that she was a mother figure in his life.

During her 15-year rule from 1998 to 2013, the face of Delhi changed completely from being an extended outpost of Punjabi- Haryanvi culture to a thriving cosmopolitan.

Her political career was a roller-coaster ride during which she touched the peak and hit the bottom with same velocity.

She was written off when she was made the Delhi Congress chief in a surprise move ahead of Assembly elections in 1998, replacing Choudhary Prem Singh.

In complete disarray, the Congress was then in the grip of tainted stalwarts like HKL Bhagat, Jagdish Tytler and Sajjan Kumar.

To her advantage, the BJP government too had lost its sheen because of continuous infighting, as a result of which Delhi saw three Chief Ministers -- Madan Lal Khurana, Sahib Singh Verma and Sushma Swaraj -- in five years.

Amid this backdrop, Sheila Dikshit led the party to a resounding victory, winning 52 out of 70 seats and never looked back from there. She repeated the feat in 2003 though with lesser number of seats and again won in 2008.

An explosion of corruption scandals against the Congress government at the Centre also engulfed her and she came under scanner for the Commonwealth Games fiasco in 2010 which was the beginning of her downfall.

The anti-corruption movement gained ground, leading to the birth of a new entity -- the Aam Admi Party (AAP). The Sheila Dikshit government also bore the brunt of the 2012 Nirbhaya gang rape case with street demonstrations breaking out in the city.

In the 2013 Assembly elections, the Congress was reduced to just eight seats with Sheila Dikshit herself losing the polls to AAP supremo Arvind Kejriwal in the hung results.

AAP went on to form the government with support from the Congress despite the two parties fighting each other tooth and nail.

The government fell soon and in the elections held in 2015, the Congress failed to open its account in the state Assembly for the first time ever.

She made a comeback ahead of the 2019 Lok Sabha elections as the chief of Delhi Congress. She contested from North East Delhi but lost to city BJP President Manoj Tiwari.

Sheila was in the middle of a daunting task of reviving the party from dust to prepare for the Assembly elections due next year. She left the task incomplete as she could never recover from her illness.