NaMo TV controversy: No extension to I&B ministry to file a reply 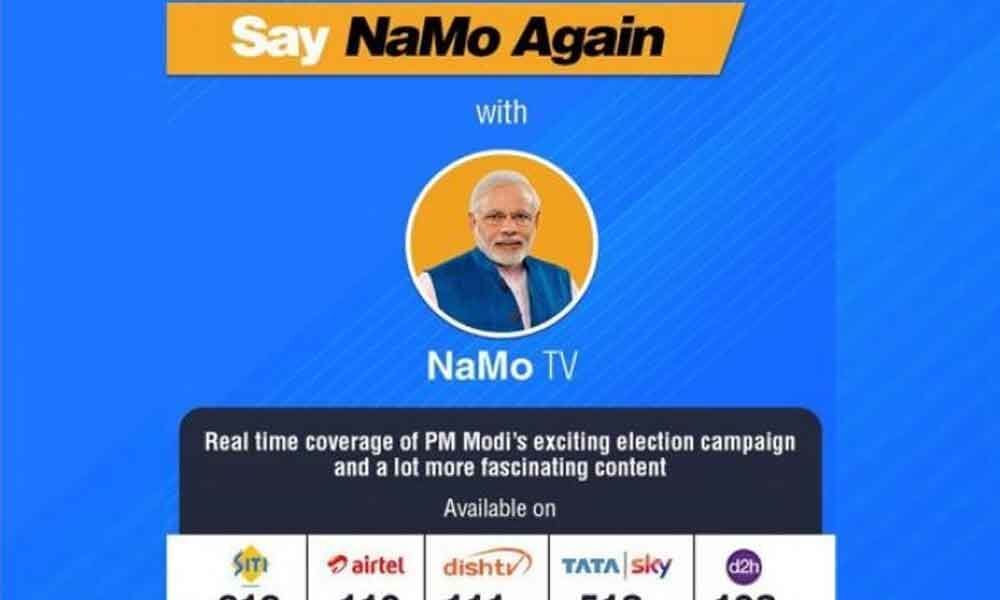 The channel, launched after the model code of conduct for Lok Sabha polls came into effect, carries picture of PM Modi as its logo.

New Delhi: The Election Commission said on Thursday the I&B Ministry will not be given any extension beyond Friday to reply to its notice seeking a report on NaMo TV, after opposition parties sought the suspension of its broadcast claiming it was launched in violation of the model code of conduct.

The channel, launched nearly two weeks after the model code of conduct for the Lok Sabha polls beginning on April 11 came into effect, carries the picture of Modi as its logo. It broadcasts election rallies, speeches of the prime minister and interviews of BJP leaders.

The Congress has asked the poll watchdog to stop at the "misuse" of media and ensure a level-playing field during the seven-phase election.

Other opposition parties too have criticised the BJP after the launch of the channel on March 31.

The EC is expected to take a final call by Friday on whether NaMo TV violates the model code after going through the documents the ministry sends to it.

"The I&B Ministry had sought time till April 5 from the EC to reply. They had said they have to obtain information from DTH platforms also," Deputy Election Commissioner Sandeep Saxena told reporters here.

"No extension will be given to the ministry beyond this deadline," Saxena added.

The AAP had complained to the EC, saying though a party can have its own channel, can permission be granted for its launch "even after the model code of conduct is enforced".

The BJP has maintained that it does not own the channel or the platforms that broadcast it. Its Twitter handle nonetheless had urged people to watch it for the prime minister's election campaign.

In a memorandum, the Congress has also said that the 'Main Bhi Chowkidar' campaign of the prime minister was being broadcast "live" on DD News and its YouTube channel.

The said programme was even being promoted on social media handles of the state broadcaster, the opposition party has alleged.