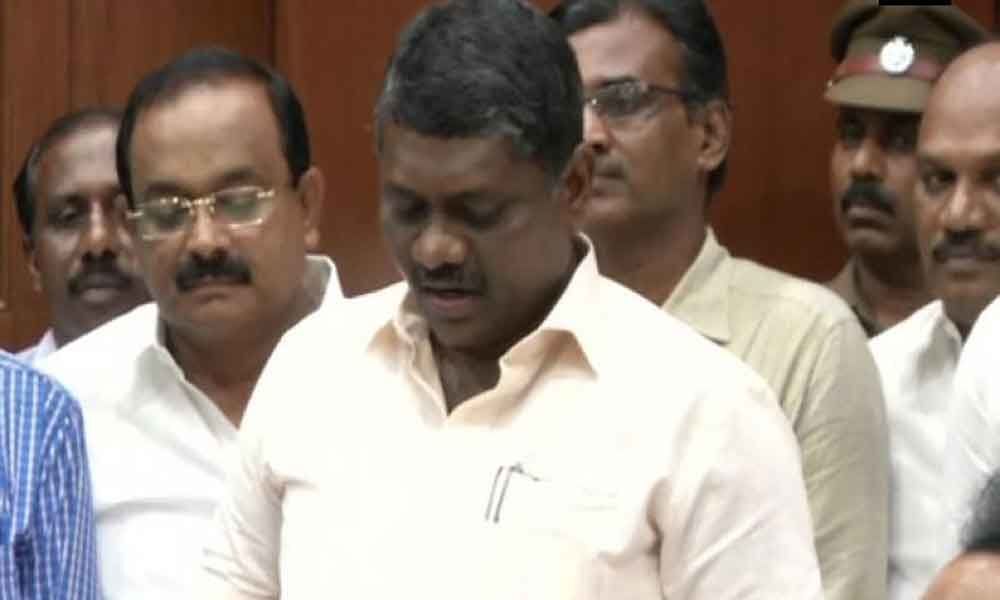 MK Stalin, said that his party is yet to take decision on whether to bring no-confidence motion against AIADMK-led government.

MK Stalin, the party President, was also present during the swearing-in ceremony in the chamber of Speaker S Dhanapal.

DMK won 13 out of 22 assembly constituencies, where by-elections were held in two phases on April 18 and May 19.With this, DMK tally has reached 101 from 88 in the 234-member assembly.

Despite winning less seats, AIADMK managed to save its government by winning nine seats which took its tally to123 from 114. The half-way mark in the Assmebly is 118.

MK Stalin, while speaking to media, said that his party is yet to take a decision on whether to bring a no-confidence motion against the AIADMK-led government.

"You are going to watch what we are going to do. Till now the date of the Assembly session in Tamil Nadu has not been announced. After that announcement, we will take a decision," he said

When asked whether his party will bring a no-confidence motion against the state government, he said, "wait and see."