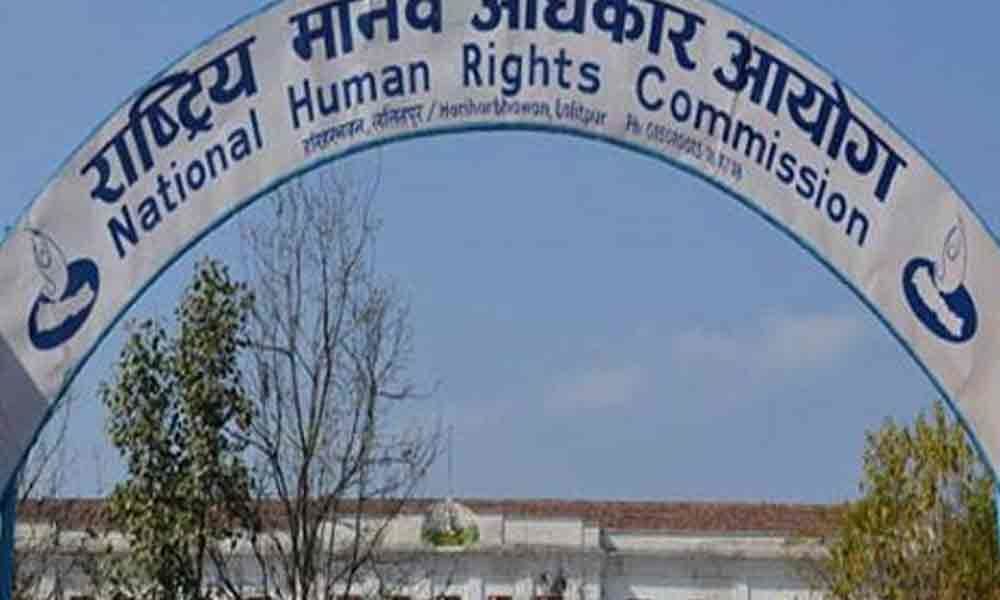 The National Human Rights Commission (NHRC) on Tuesday sent a notice to the Delhi police chief in connection with a 58-year-old man allegedly jumping to death from the third floor of the Bawana Police Station building where he was called for questioning.

New Delhi: The National Human Rights Commission (NHRC) on Tuesday sent a notice to the Delhi police chief in connection with a 58-year-old man allegedly jumping to death from the third floor of the Bawana Police Station building where he was called for questioning.

The NHRC in its notice said, the police chief is also expected to explain as to why this "custodial death" has not been reported to the Commission as per its guidelines on the subject. "The NHRC has taken suo motu cognisance of media reports about a 58-year-old man, who was called for questioning regarding his wanted son, was found dead inside the premises of Bawana Police Station, Delhi on May 26. Reportedly, while the police claimed that the man himself had jumped to death, his family alleged foul play," the rights panel said in a statement.

Rahul, the son of the deceased, is involved in two cases of attempt to murder and in another case of murder and has been declared an absconder by a city court, officials said on Monday. The deceased, Balraj, was a resident of Bajitpur Thakran near Bawana, the officials said.

The Commission has observed that the contents of the media reports, if true, amount to human rights violations of the victim. "Accordingly, it has issued a notice to the commissioner of police, Delhi, calling for a detailed report in the matter within four weeks," the statement said. The Commission has also observed that the reported allegations levelled by the family members "appear serious in nature".

"It is difficult to believe, as reportedly claimed by police, that a 58-year-old man after questioning went to have water before leaving, which is when he jumped to death from the third floor of the police station. "Apparently, the death has not occurred in normal circumstances. A thorough probe into the matter is required, to identify and punish the guilty as a precious human life has come to a tragic end," the NHRC statement said.

The Commission is aware that generally, the police pick up family members of an accused to put pressure on him to surrender and the same has probably happened in this case, the rights panel said.

Balraj's family alleged that he was beaten up at the police station and might have died of the physical assault. Police, however, have denied the allegations. The incident took place at around 7.30 pm on Sunday when Balraj was called to the Bawana Police Station.

He was questioned about the whereabouts of his son, said Deputy Commissioner of Police (Outer North) Gaurav Sharma on Monday. According to media reports on Tuesday, the man was picked up by police form his residence on Sunday as one of his sons was wanted in connection with criminal cases.

Reportedly, the wife of the deceased who works at a private company, "was also picked up by the police" on the same day but was not allowed to meet her husband, the NHRC said. Allegedly, at about 7 pm, she saw her husband being pushed from the third floor of the police station. The DCP of the area, however, has denied that the wife of the deceased was picked up by the police, and reportedly, said that she had herself come to the police station, the rights panel said, quoting reports.

"The DCP has reportedly stated that the deceased (Balraj) was called for routine questioning about his son, in the presence of his son-in-law. An inquiry into the matter is reportedly being conducted by the Sub-Divisional Magistrate," the NHRC statement said.