No evidence of fertilizer use causing cancer: Narendra Singh Tomar 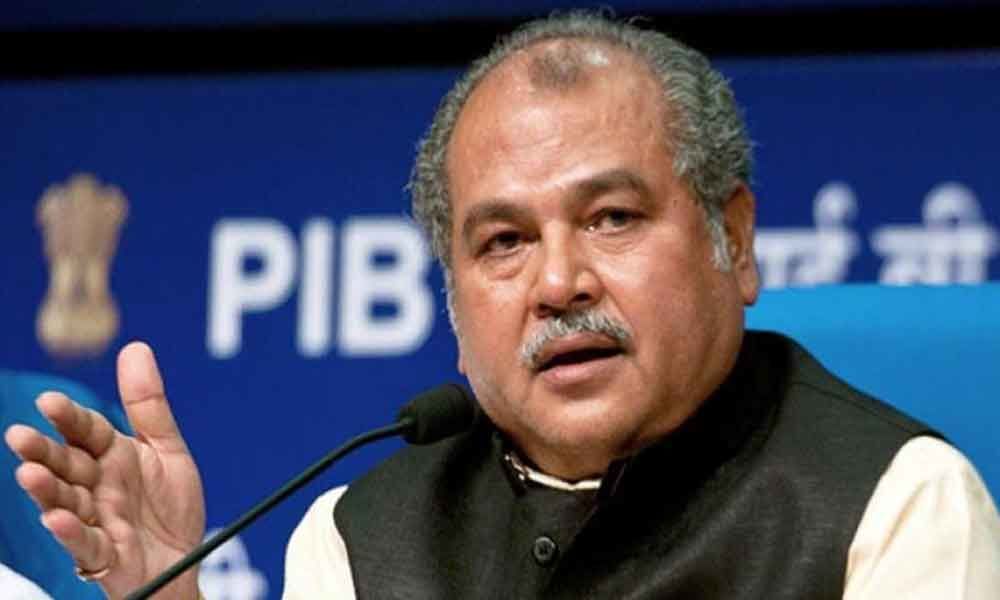 He asked the Congress government in Punjab to implement the Ayushman Bharat scheme to give relief to people suffering from cancer.

New Delhi: Union Agriculture Minister Narendra Singh Tomar on Tuesday asked the Congress government in Punjab to implement the Ayushman Bharat scheme to give relief to people suffering from cancer and said no evidence had surfaced so far about fertilisers being a cause for cancer.

Responding to concerns of MPs from Punjab in the Lok Sabha over the prevalence of cancer in the state and its possible causes, he said both state and central governments were concerned over any rise in cancer cases.

There was a brief uproar in the House after Food Processing Minister Harsimrat Kaur Badal, an MP from Bhatinda, accused the state government of stopping funds of cancer research diagnostic centre at Bhatinda.

Tomar said judicious use of pesticide and chemical fertiliser does not lead to any harmful effects and work on soil health cards was being done in mission mode under directions of Prime Minister Narendra Modi.

He said there was no dearth of cancer hospitals in the country.

"I would urge the government to take advantage of Ayushman Bharat scheme," he said.

The matter was raised by Congress member Ravneet Singh Bittu and AAP member Bhagwant Singh Mann during the question hour.

Bittu said there was contamination in water in areas of Punjab and this was entering the food chain which was a risk to human health.

He said a train going from Punjab is referred to as "Cancer Express" and people in the state were suffering due to "ill-effects" of use of chemical pesticides in the seventies and eighties to boost food production. Mann asked about medical facilities for cancer patients.

Minister of State for Agriculture Parshottam Rupala also said that Punjab should take advantage of the Ayushman Bharat scheme under which cancer patients are also covered.

"Punjab has not accepted it. You should go there and tell this. If you want to help cancer patients, you should accept it," he said.