No one drives cars that old 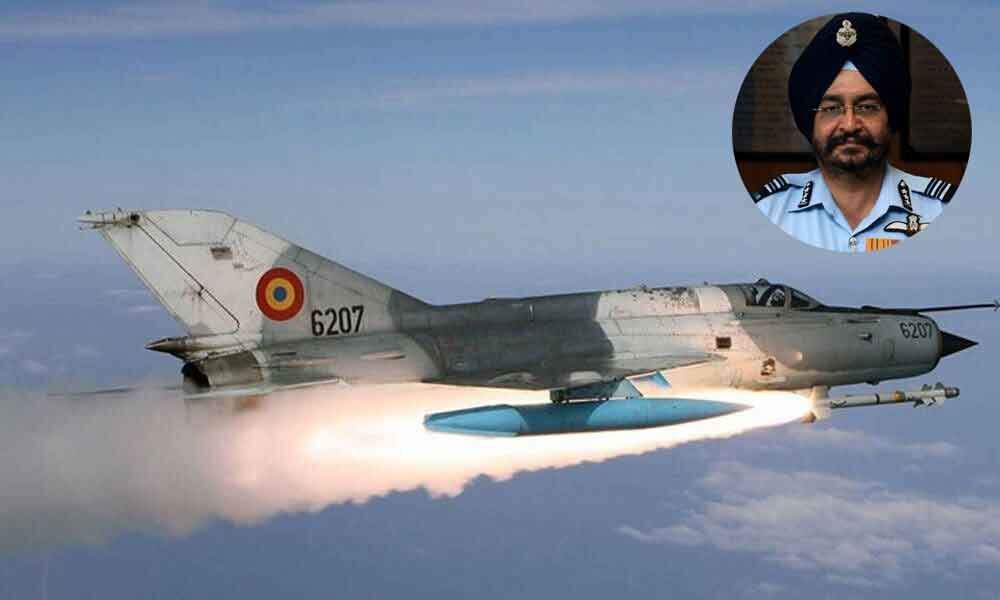 Hopefully, I will fly the last sortie in Sept, subject to visibility—Air Chief BS Dhanoa

Questions have been raised about the four-decade-old fighter planes that remain the core of India's defence fleet since a recent dogfight at the Line of Control, in which Pakistan used superior F-16 jets.

"We are still flying MiG-21 which is 44 year old but nobody driving cars of that vintage," Air Chief Dhanoa said, Defence Minister Rajnath Singh by his side. He was speaking at a seminar on modernisation and indigenisation of the Indian Air Force.

The Air Chief said the basic version of the Russian fighter jet would be phased out this year. "Hopefully, I will fly the last sortie in September, subject to visibility," he said.

The aircraft had been in service for decades because of the overhauling using Indian-made components. "Over 95 per cent of components required in overhauling is made in India.

The Russians are not flying the MiG but we are because we have overhaul facilities," said Air Chief BS Dhanoa. The MiG-21 joined the Indian Air Force in 1973-74.

The jet flown by Wing Commander Abhinandan Varthaman, the pilot captured by Pakistan, was an upgraded variant called the MiG-21 Bison. The fighter pilot was able to shoot down a more advanced Pakistani F-16 before his plane was shot down.

At least 110 MiG-21 jets were upgraded in 2006 to MiG-21 Bison. They were equipped with powerful multi-mode radar, better avionics and communications systems.

Dhanoa said that the Air Force is "cautious and alert" to face any eventuality on the border. "We have seen their deployment. Indian Air Force is always cautious. We are responsible for air defence and we are always alert," Dhanoa told media persons.

He said that the Air Force is prepared "not only when any enemy fighter comes in but we also keep an eye on civilian aircraft so that incidents like Purulia airdrop do not happen".

Defence Minister Rajnath Singh has emphasized the need for indigenisation of defence equipment to reduce dependence on imports and improve operational capability of the armed forces.

He also stressed on keeping pace with technological advancements to bolster defence production. Mr Singh was speaking at a seminar of Modernization and Indigenization Plans of the Indian Air Force in New Delhi on Tuesday.

The Defence Minister also invited foreign companies to invest in India's defence manufacturing. He said efforts are on to engage the private sector through Make In India initiative in the sector.