'Number of cases against Shivakumar increasing day by day': Lawyers 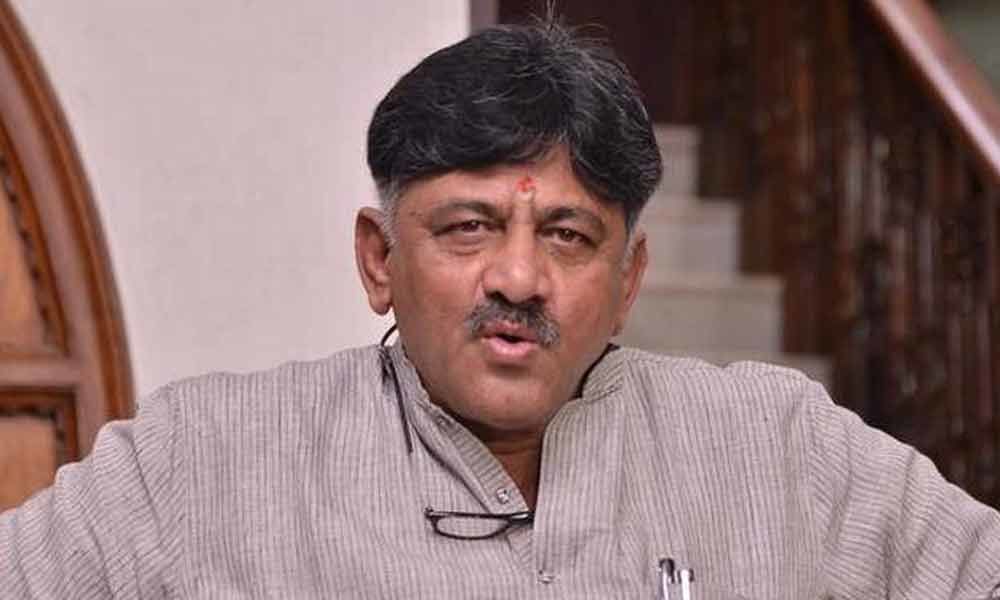 Congress leader D K Shivakumar may influence witnesses in the money laundering case in which he has been arrested, the Enforcement Directorate on Saturday told a Delhi court, which said it will pass an order on his bail application on September 25.

New Delhi: Congress leader D K Shivakumar may influence witnesses in the money laundering case in which he has been arrested, the Enforcement Directorate on Saturday told a Delhi court, which said it will pass an order on his bail application on September 25.

Senior advocates Abhishek Manu Singhvi and Mukul Rohatgi, appearing for Shivakumar, opposed the ASG's submission and said that he was innocent and that the ED was desperate to keep him in jail.

Rohatgi said if people like P Chidambaram, arrested by ED in another case, are flight risk then everyone in the country is a flight risk.

After hearing arguments from both sides, the court reserved its order.

During the hearing, the ED, also represented by special public prosecutors Amit Mahajan, N K Matta and Nitesh Rana, said, "More than Shivakumar having deep roots in the society, I say, the case has deep rooted conspiracy. There is possibility of tampering with evidence."

"In the I-T proceedings, statements were made by certain people which were later retracted. This shows he can influence the witnesses in the case. Being an influential and powerful person, he may hamper the investigation," Rana said.

The ED accused Shivakumar of committing "serious economic offence" and said it's a threat to national economy.

"It may imbalance the national economy and pose a threat to national security. It has to be dealt with an iron hand," Rana said, adding that Shivakumar remained non-cooperative and evasive during investigation.

Apart from agricultural land, there are many non-agricultural land and properties which are required to be probed further and the investigation is at a crucial stage, the agency said.

"Shivakumar's brother had about 27 properties and agricultural land out of which 10 properties were purchased in cash or acquired by his father, but how it was acquired, we don't know," it said.

Opposing ED's plea, Singhvi said, "What is the meaning of presumption of innocence if this approach is taken? I object to going into merits at this stage. The approach is trying to influence the court by throwing huge figures. The amount of money is increasing every day."

"There are only 20 active accounts then where is the figure of 317 accounts coming from? Show me the 21st account and I would sit down," he said.

Rohatgi said the case was related to one income tax raid and the material recovered from it.

"This investigation cannot be travel without a crime. You are concerned with one raid, there is no license to investigate whatever you want, wherever you want," he said.

Is the recovered Rs 40 lakh amount from him impacting the country's economy, Rohatagi asked.

The ED had in September last year registered the money laundering case against DK Shivakumar, Haumanthaiah, an employee at the Karnataka Bhavan in New Delhi, and others, its advocate A R Aditya said.

The case was based on a chargesheet (prosecution complaint) filed by the Income Tax Department against them last year before a special court in Bengaluru on charges of alleged tax evasion and ''hawala'' transactions worth crores.

The IT department has accused Shivakumar and his alleged associate S K Sharma of transporting huge amount of unaccounted cash on a regular basis through ''hawala'' channels with the help of three other accused.