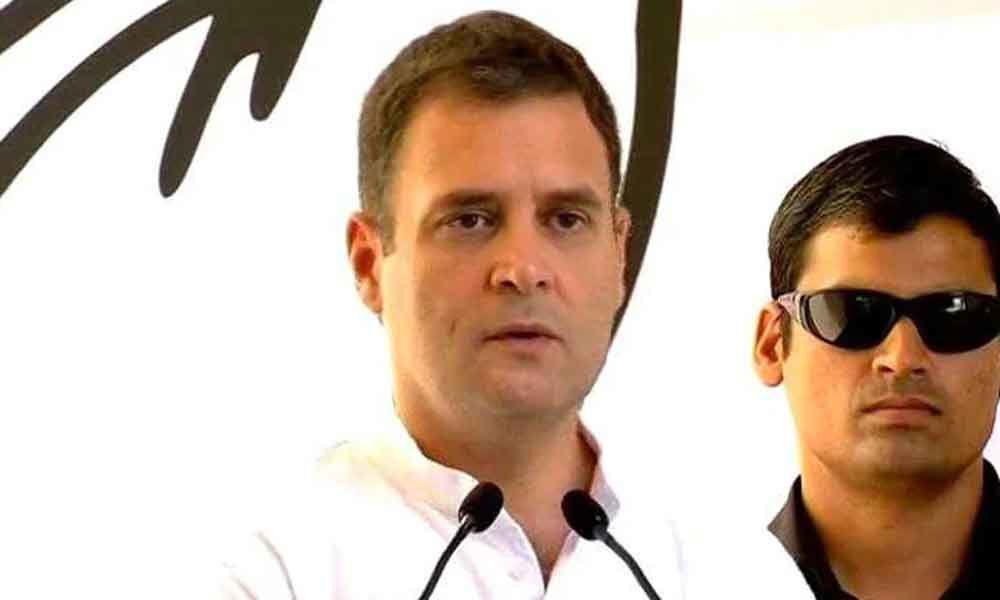 Congress President Rahul Gandhi on Tuesday promised to provide Rs 72,000 each year to the poorest families and fill 22 lakh government vacancies among others if his party won the Lok Sabha elections.

New Delhi:Congress President Rahul Gandhi on Tuesday promised to provide Rs 72,000 each year to the poorest families and fill 22 lakh government vacancies among others if his party won the Lok Sabha elections.

"The main theme of our manifesto will be NYAY scheme, employment to youth by filling 22 lakh government vacancies, guaranteeing jobs for 150 days under MGNREGA instead of 100 days, 6 per cent GDP will be used in education," he said after releasing the party manifesto here.

Hitting out at the Prime Minister, Gandhi said that Narendra Modi made fun of the MGNREGA scheme dubbing it bogus and useless.

"Today everyone knows how much it helped the country. So now we want to guarantee jobs for 150 days, instead of 100 days, under the scheme," he said.

Gandhi said the Congress government will allow anyone to start business without permits or clearances with tax holiday for the first three years to encourage entrepreneurship and create thousands of jobs across the country.

The Congress President said that he had told the members of the Manifesto Committee a year ago that it should not be drafted in closed rooms but should reflect the wishes of the people of India.

"I also said that whatever is going to be put in the manifesto has to be truthful. I do not want a single thing in the manifesto that is a lie because we have been hearing a large number of lies spoken every day by our Prime Minister," he said.