Online helicopter booking from May 1 for Amarnath Yatra 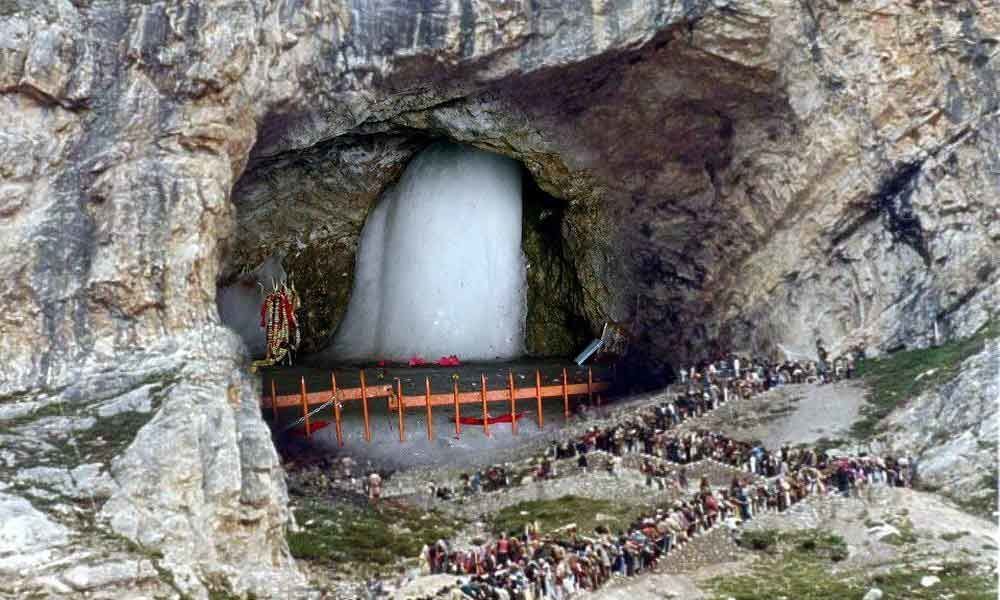 The online helicopter booking for the annual Amarnath Yatra will begin on May 1, according to an announcement on Friday.

Jammu:The online helicopter booking for the annual Amarnath Yatra will begin on May 1, according to an announcement on Friday.

A statement issued here by the Shri Amarnathji Shrine Board (SASB) that manages the affairs of the annual Himalayan Yatra said: "Online booking of helicopter tickets for Shri Amarnathji Yatra 2019 shall commence on May 1 at 10 a.m.

SASB Chief Executive Officer (CEO) Umang Narula said the online booking facility would be available to the intending Yatris on the website of these companies.

"Based on competitive bidding, the one-way per passenger helicopter fare for Neelgrath (Baltal)-Panjtarni has been fixed at Rs 1,804. Similarly the one-way Pahalgam-Panjtarni fare will be Rs 3,104," the CEO said.

Yatris intending to use the helicopter service will not be allowed to board the helicopter unless they produce the required Compulsory Health Certificate issued by authorised doctors or institutes which have been notified by thei respective state governments, he added.

Yatris intending to use helicopter services have been advised to get tickets only from the authorised helicopter operators or their authorised agents and not to fall prey to unscrupulous elements who may mislead them and try to sell fake tickets.

This year's Amarnath Yatra begins on July 1 and will end on August 15 coinciding with the Shravan Purnima festival.