PM installed CCTV at a polling booth, will know who voted for Congress: BJP leader 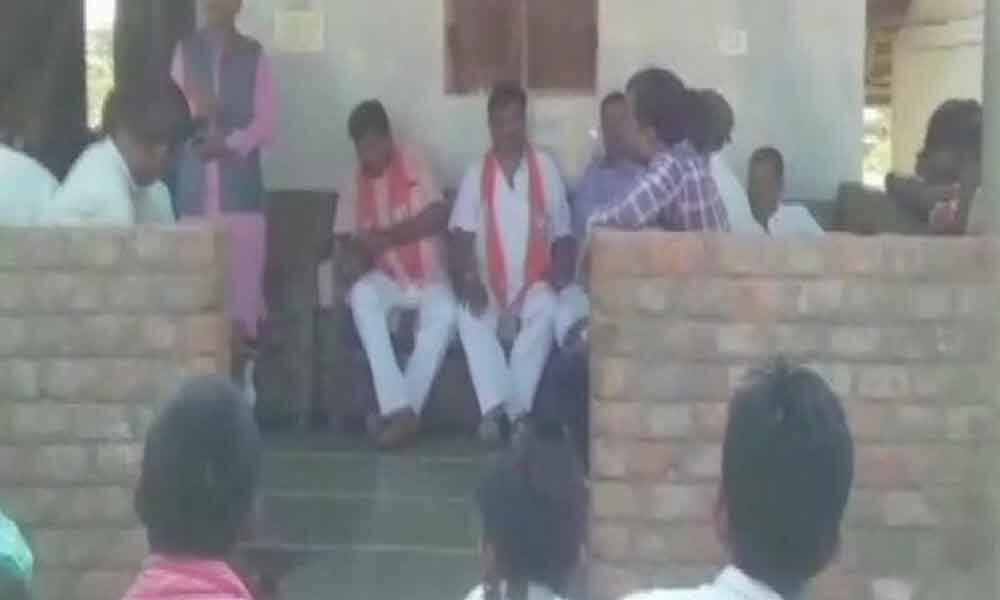 Further threatening electorates with unemployment, he said, 'Those who will not vote for Prime Minister, they will get no jobs.'

Dahod: Prime Minister Narendra Modi has installed CCTV cameras at the polling booth to scrutinise who voted for the Congress party, claimed BJP MLA Ramesh Qatar while putting a fear in the minds of voters on Tuesday.

Qatar was campaigning for the BJP candidate Jasvantsinh Sumanbhai Bhabhor in Dahod.

"Who voted for BJP and who for Congress could be seen as Prime Minister Modi has installed cameras this time. If there are fewer votes from your booth, then he will come to know who did not cast vote for him," Qatar said while addressing a public meeting.

Further threatening the electorates with unemployment, he added: "Those who will not vote for the Prime Minister, they will get no jobs."

Bhabhor is contesting from the Dahod parliamentary constituency. He is the sitting MP from the seat.

Gujarat will see polling in the third phase of the Lok Sabha polls on April 23. The counting of the votes will be done on May 23.