PM took credit, can he even hold a rifle: Rahul Gandhi on Balakot air strike 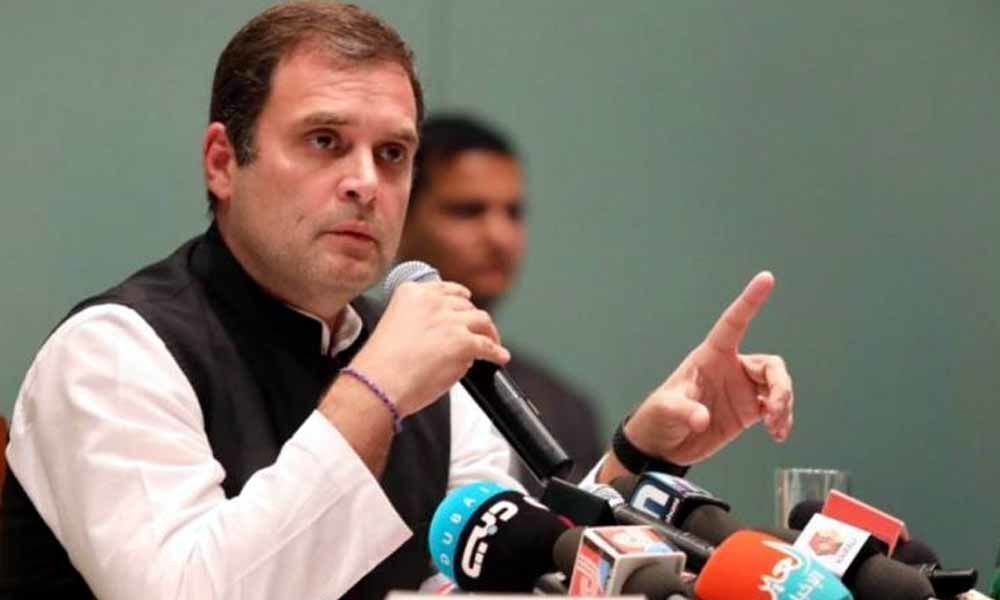 The Congress believes in uniting people while the BJP divides people, he said.

Wardha: Accusing Prime Minister Narendra Modi of hogging credit for the Balakot air strike, Congress chief Rahul Gandhi Friday dared him to hold a rifle "for just five minutes" or travel alone in a bus in Jammu and Kashmir. Addressing a poll rally here, Gandhi said the only thing "chowkidar" Modi did was to ensure "his boss" industrialist Anil Ambani got the Rafale fighter jet contract. The Congress believes in uniting people while the BJP divides people, he said. It was the Air Force personnel who displayed real valour by carrying out the air strike in Pakistan, he said. The Indian Air Force carried out strikes on terrorist camps in Balakot in Pakistan after the Pulwama terror attack in which 40 CRPF men were killed.

"(But) the prime minister says he did it. You (Modi) did it? Could you please show (us) how to hold a rifle? Hold a rifle, the way our CRPF men do, for just five minutes. "Or travel in a bus alone in Jammu and Kashmir. Show us. You did the air strike? What did you do? The Air Force carried out the bombing," Gandhi said. "It is Narendra Modi who did it (the air strike). He did it sitting on Race Course Road (now Lok Kalyan Marg, where the prime minister's official residence is located)," Gandhi said.

The Congress leader also said that Modi had promised to create two crore jobs a year and deposit Rs 15 lakh in each person's bank account in 2014. Referring to Modi's rally in Wardha on Monday, Gandhi said, "A few days ago, he was here. Did he talk about employment? Did he apologise for not keeping the promises?" Demonetisation and the Goods and Services Tax (GST) as introduced by the Modi government hurt the economy, Gandhi said. "Did he apologise for the closure of factories here after demonetisation and GST implementation?" asked the Congress chief. Unlike the BJP, the Congress does not want "two Indias", one of the rich and the other of poor farmers and labourers, he said. "We want one India. There should be justice for everyone, farmers, the youth, small traders and others. There should be a place for big industrialists too," he added.