Probe agencies are now a part of BJP, used to target Opposition: Kanimozh 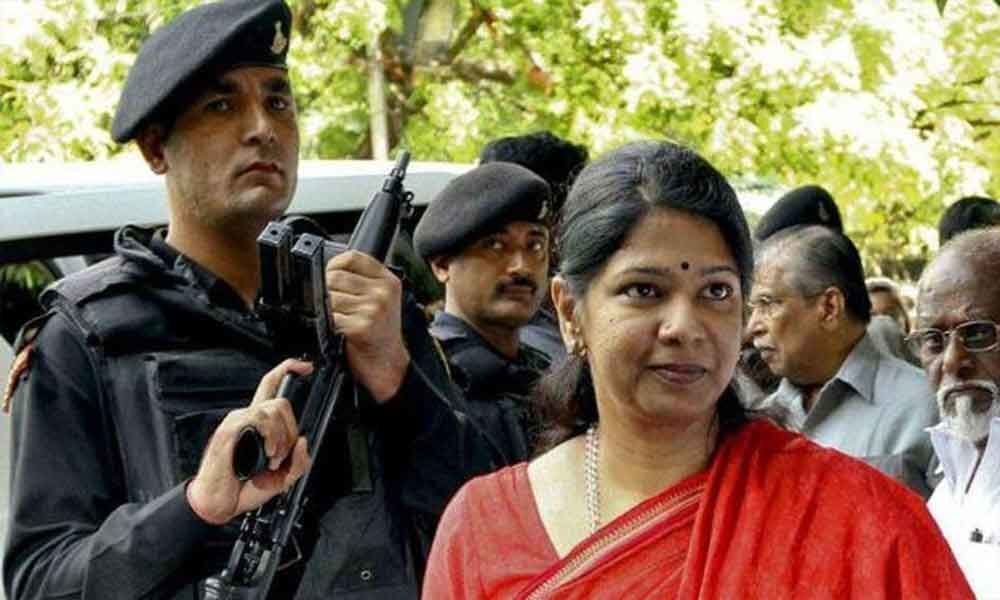 Kanimozhi also slammed the body for rescinding Vellore polls and questioned timing of announcement, after all, campaigning had come to end.

Thootukudi: A day after her house was raided by Income Tax, DMK leader Kanimozhi on Wednesday said it was political vendetta and alleged that a "compromised" Election Commission was acting on the "whims and fancies of the BJP" to target opposition leaders.

Speaking to ANI, Kanimozhi said: "Over the last five years, practically every government agency has been exploited and they have become the part of BJP and its whims and fancies. CBI, ED, Election Commission all have been compromised and only opposition leaders have been repeatedly targeted."

Terming Tuesday's raid on her house as political vendetta, she said, "After the announcement of elections, only opposition leaders and candidates are being raided. This has created doubts in my mind."

Kanimozhi also slammed the apex poll commission for rescinding the Vellore polls and questioned the timing of the announcement, after all election campaigning had come to an end.

"I don't understand on what basis they have cancelled the election. Repeatedly the EC said that they had not written to the President to cancel the election but suddenly after campaigning got over in Tamil Nadu, they announced that Vellore election was cancelled. This is completely against democracy," she said.

"There was a large amount of money found at Attappadi and also an AIDMK candidate was caught on a recording talking about money distribution. This shows that the AIADMK and BJP are distributing money and there is no action being taken", said Kanomozhi.

The DMK candidate from Thoothukudi Lok Sabha seat, Kanimozhi is the sister of party Chief MK Stalin. Her house at Thoothukudi was raided by the IT department on Tuesday.