Resignations pour in ahead of CWC today 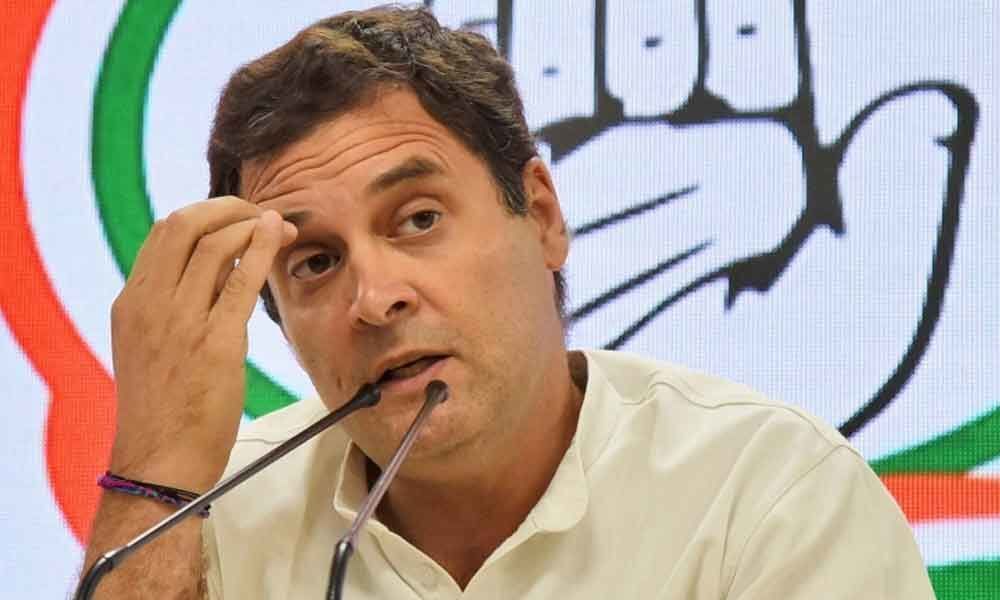 After a humiliating defeat in the Lok Sabha polls, top Congress leaders will deliberate on party losses at a meeting of the working committee

New Delhi: After a humiliating defeat in the Lok Sabha polls, top Congress leaders will deliberate on party losses at a meeting of the working committee slated on Saturday in which party chief Rahul Gandhi is likely to offer his resignation.

Murmurs have already started within the party over taking responsibility for the poor performance of the Congress across the country, with some of its leaders already sending in their resignations.

Uttar Pradesh Congress chief Raj Babbar and Odisha Congress president Niranjan Patnaik announced their resignations from the post in the wake of the party's electoral debacle in their respective states.

According to sources, the party has convened a meeting of the Congress Working Committee, its highest decision-making body, at 11 am on Saturday. Rahul Gandhi is likely to offer his resignation at the meet, party sources said.

The top Congress leadership will deliberate on the reasons for the loss and assess them. The party suffered a loss for the second time in a row at the hands of the Narendra Modi led BJP. It bagged only 52 seats in this election.

Top party leaders, including UPA chairperson Sonia Gandhi and former Prime Minister Manmohan Singh are expected to attend the meeting. There have already been voices within to introspect on why the party failed to reach out to the people.

"The results are depressing for the Uttar Pradesh Congress. I find myself guilty of not discharging my responsibility in a proper manner," Babbar tweeted in Hindi.